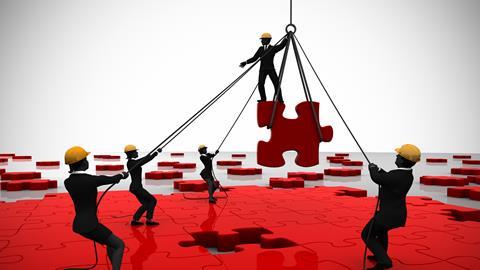 R&D funding and regulation covering the German chemistry sector needs to become more innovation-friendly, according to eight of the country’s leading chemistry organisations. In a recently published position paper, the organisations call upon the government to be more flexible in its support of collaborations between universities and industry and to reduce administrative and bureaucratic barriers. They also call for a boost to R&D funding and suggest new ways to fund research in industry, such as financial incentives.

This call comes despite steadily increasing R&D funding from German government in recent years. What is more, R&D in the German chemical and pharmaceutical industry has reached an all-time high. According to the German Chemical Industry Association (VCI), companies increased R&D budgets by 4% to €10.5 billion (£8.9 billion) in 2015. Currently, Germany ranks among the leading chemical research nations, after the US, China and Japan.

However, in order to remain competitive on a global scale, ‘we have to strengthen our efforts’, says Gerd Romanowski, executive director for science, environment and technology at the VCI. This includes reaching a target of investing 3.5% of GDP in R&D both through public and private funding, he adds.

According to the chemistry organisations, several issues currently hamper chemical R&D in the country. For example, tight governmental regulations concerning patent rights and complex contracts hinder cooperation between companies and publicly funded research institutions, says Wolfram Koch, executive director at the German Chemical Society. Cooperation with universities has also become less attractive for companies because part of this money is regularly used for administrative rather than research purposes, he explains.

This lack of sufficient cooperation ‘deprives universities of additional external funds and companies no longer benefit from academic knowhow’, Koch says. But facilitating cooperation is vital for the chemistry sector to remain innovative, he holds. ‘Part of the success of the chemical field in Germany stems from the traditionally tight exchange between basic research and industry,’ he adds. One way of overcoming bureaucratic hurdles that hamper cooperation between universities and industry, such as negotiating complex legal contracts, could be to provide standardised contracts, Romanowski suggests.

To support innovation, there is also a need for less bureaucracy when it comes to project proposals or authorisation procedures for new products – both on a national and on a European level, Romanowski stresses. The VCI therefore suggest that procedures be streamlined and digitised to facilitate faster decisions without making any compromises on safety standards.

When it comes to public funding in general, the experts still see a need for improvement. While research and innovation in Germany have received a push through governmental tools such as the so-called excellence strategy and the high-tech strategy, one should not overlook the fact ‘that German universities generally lack financial resources’, Koch stresses. This particularly affects chemical research departments because they ‘typically require large resources both concerning infrastructure and people’.

In Koch’s view, it is also important that university funding from the federal ministries should be based on science-led evaluations rather than on non-scientific criteria. In order to sustain high quality research, criteria such as those applied by the German Research Foundation should become standard, he notes.

From industry’s point of view, fiscal incentives are an important tool to support high quality R&D within the private sector. ‘Germany is the only major industrial country that doesn’t have such a tool’, Romanowski says. In his view, this already makes the country less attractive as a location for international companies. ‘But we hope this will change soon,’ Romanowski concludes.