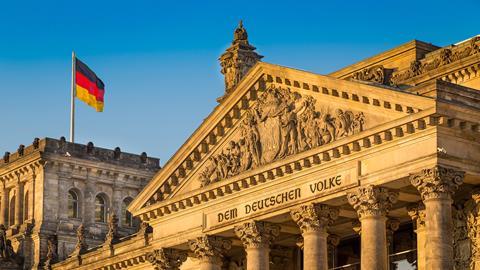 German university leaders and researchers can breathe a sigh of relief. Last week, after lengthy political debate, the German chancellor and the heads of the country’s states finally agreed upon the follow-up programme to the so-called excellence initiative. The new programme, now called excellence strategy, aims to further fuel top-level research at German universities with a budget of €533 million (£430 million) per year. The programme will start in 2019 and is set to continue indefinitely.

So far, the German federal and state governments have spent €4.6 billion between 2006 and 2017 to support so-called clusters of excellence, graduate schools and institutional strategies to promote top-level university research. Earlier this year, an independent panel of experts deemed the excellence initiative a success, but also suggested changes to make university research in Germany even more competitive on the global stage.

Based on the expert report, the Joint Science Conference (GWK), consisting of those controlling the purse strings and overseeing research at both state and federal level, agreed the details of the follow-up strategy in April. The revised strategy will solely focus on excellence clusters and excellent universities or networks of universities, with a respective budget of €385 million and €148 million per year. To bridge the gap between the current funding scheme and the new programme, current projects will receive extra funding for two years in 2017.

In a joint press statement, Peter Strohschneider, president of the German Research Foundation (DFG), and Manfred Prenzel, head of the German Council of Science and Humanities, welcomed the final political agreement as ‘eagerly awaited momentum to further support and strengthen excellent research at the universities’.

The new strategy partly follows the recommendations of the expert panel, such as by extending the funding period from five to seven years plus an additional seven years upon successful evaluation. Also, there will be a strong emphasis on research within clusters of excellence. About 45 to 50 clusters are expected to receive between €3 million and €10 million each year. Universities can apply for extra money to strengthen their governance.

Contrary to the expert panel’s suggestion, universities will not receive excellence status within the second funding line solely based on past scientific achievements. However, universities can only apply for excellence status if they have successfully acquired funding for two excellence clusters or three clusters, in the case of university networks. This implies a ‘science-led evaluation of research capabilities’, says Ernst Schmachtenberg, rector of the RWTH Aachen. Moreover, universities ‘do not need to reinvent their strategies and structures every five years’, he adds.

This political compromise resulted from concerns that universities that had never received excellence funding would find it hard to join the elite club in the second round of the programme. But ‘if you want to create an attractive competition, participating universities need to have a realistic chance of winning’, Schmachtenberg points out. However, ‘we cannot expect that the new funding strategy will turn the ranking of global top universities upside down’, he concludes.