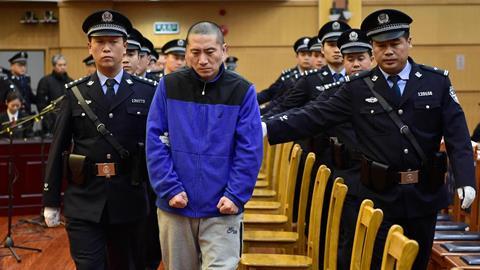 A Chinese court has handed Yu Xuewei, head of Ruihai Logistics, a suspended death sentence – 15 months after the massive explosions at the company’s facility in Tianjin, which killed 165 people. Such sentences are often commuted to life imprisonment after a two year reprieve. A further 48 people involved in the case, including local government officials and Ruihai staff, were accused of dereliction of duty, abuse of power and accepting bribes and given lesser punishments.

The Chinese government vowed to punish all those responsible for the blast. According to Liu Shixin, a professor of criminal law at Tianjin-based Nankai University, the most severe accusation against Yu Xuewei is illegal storage of dangerous material, which carries a maximum sentence of death.

The accident raised great concerns about hazardous chemicals storage in China. Yang Xiaojun, professor of administrative law at the Beijing-based Chinese Academy of Governance, tells Chemistry World that the catastrophic explosion reveals potential problems with the chemical industry inspection system. Few people knew exactly what kinds and amounts of materials were stored at Ruihai’s warehouse, how long they had been there, or why the hazardous chemicals were stored at vicinity of populated areas.

He also highlights the need for a transparent, objective and fair third-party safety evaluation mechanism, as a key precondition for safety of hazardous material storage. ‘The evaluation should be based on scientific calculation and estimation, which requires expertise in certain fields – for example, to determine the appropriate distance between the warehouse and other facilities,’ he says. Such evaluation agencies would also need oversight to avoid them descending into rent-seeking.