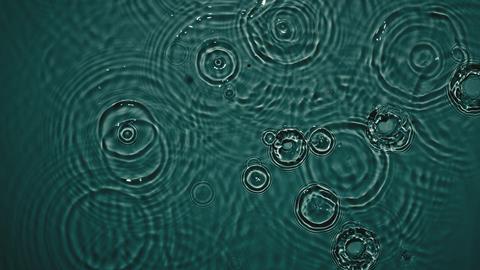 Thirty years ago, a team working at Boston University made the dramatic suggestion that there are not one but two forms of liquid water, which can interconvert at high pressure well below water’s normal freezing point.1 Researchers have been searching for this putative liquid–liquid phase transition ever since, and evidence has slowly accumulated that it really exists. New experiments now supply what seems to be a direct observation of such a transformation between liquid states of different density – not in pure water but in solutions of the sugar trehalose.2 Understanding how such supercold solutions behave could have implications for biology and cryopreservation – where damage to biological tissues by ice crystals must be avoided – as well as for the water-rich states that might exist in the atmospheres of gas giants.

Liquids are structurally disordered, so it’s not immediately obvious how they can support two distinct structures with different densities. But that does seem to be possible for liquids in which some degree of directional bonding, such as hydrogen bonds between adjacent water molecules, makes distinct local structures possible. Liquid–liquid transitions have been reported, for example, in silicon, gallium, phosphorus and silicates. But finding one in supercooled water has proved very challenging. There have been previous claimed observations of a liquid–liquid transition in aqueous solutions at ambient pressure,3,4 where the solute, such as the sugar glycerol, sometimes used as a cryoprotectant, lowers the freezing point. But such claims have been disputed.5,6 Other researchers have reported liquid-like behaviour as the two well-established high- and low-density forms of amorphous (glass-like) ice interconvert.7

A key problem is that it is hard to probe deep into supercooled states without the samples freezing. One way to suppress freezing is to make the liquid into an emulsion, dispersing it as tiny droplets in which the chance of ice crystals nucleating is smaller. In 2014 Yoshiharu Suzuki of the National Institute of Materials Science in Tsukuba, Japan, working with veteran water researcher Osamu Mishima, reported possible signs of a liquid–liquid transition, ending in a critical point where the two liquid states become indistinguishable, in emulsified, supercooled solutions of glycerol.8 They saw signs of two distinct disordered states with different densities at a temperature of 150K. But there was no direct evidence that both were liquids, rather than amorphous ice. 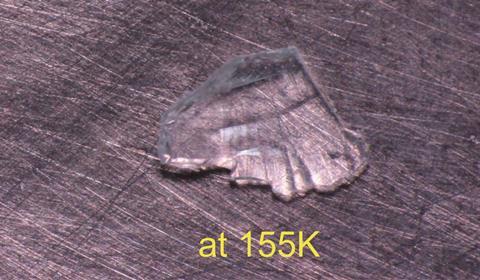 Suzuki has now explored the same approach using trehalose as the solute – a sugar produced as a natural cryoprotectant by some organisms, such as insects, that experience extreme cold, to prevent their blood from freezing. He pressurised dilute emulsified solutions to about 0.6GPa at a range of temperatures below 159K, and then decompressed them again. This first forms a solid glassy phase, which may transform to a viscous liquid on releasing the pressure. Forming the glassy phase first is crucial to avoid the solution separating into a solute-rich phase and nearly pure ice, says Suzuki.

He typically saw a sharp increase in density as the pressure was increased, and a similar sharp drop in density, at a somewhat lower pressure, on decompression. These changes happen while the solution is still viscous rather than glassy, and Suzuki interprets them as transformations between a high- and low-density liquid.

Such hysteresis – whereby the density jumps at different pressures on compression and decompression – is normal for a first-order transition where a parameter such as density changes discontinuously. It reflects the fact that the transition has to start with the chance formation of a ‘nucleus’ of the new phase, which then grows. Suzuki proposes that the equilibrium transition itself lies somewhere inside the hysteresis loop. The width of the hysteresis loop gets progressively smaller at higher temperatures, and extrapolation of the results suggests that it might vanish around 170K. If so, this would correspond to the critical point originally predicted for water’s liquid–liquid transition. But that will be hard to reach, Suzuki says, without the solutions crystallising.

‘The observation of the liquid–liquid transition in this aqueous solution is persuasive,’ says chemical physicist Francesco Mallamace of the University of Messina in Italy. Chemical engineer Pablo Debenedetti of Princeton University, an expert in supercooled liquids, agrees. ‘Suzuki’s important paper convincingly demonstrates a reversible liquid–liquid transition, without solute segregation,’ he says.

Suzuki is not yet sure why trehalose stabilises water so well against crystallisation, compared with glycerol – but this might help explain why life uses it as an antifreeze. While Mallamace thinks the trehalose will alter the hydrogen-bond structure of water even at these relatively low concentrations, Debenedetti thinks it is quite reasonable for Suzuki to extrapolate the results to the limit of pure water, where they seem to fit well with the transition boundary and critical point predicted previously.

The findings still don’t constitute definitive proof of a liquid–liquid transition in supercooled water, says Debenedetti, but they ‘add significantly to the growing body of evidence that is consistent with this hypothesis’.