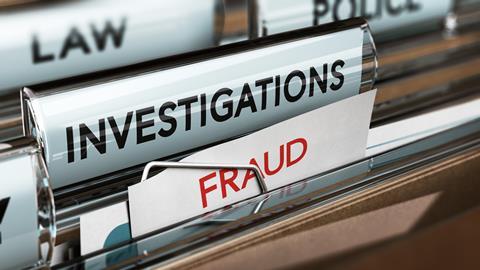 Disgraced US chemistry professor will not face jail time

A disgraced former Colorado State University chemistry professor, who faced criminal charges after forging a job offer letter that he used to secure a pay raise, has struck a plea deal with prosecutors.

Brian McNaughton created the fake letter describing a made-up employment offer from University of Minnesota interim dean Tom Hays in January 2015. However, Hays confirmed to Colorado State in June 2017 that he never wrote this offer or any other, and McNaughton admitted to his forgery the following month. The matter only became public in July 2018, when a county district attorney attempted to bring criminal charges against McNaughton.

The Chronicle of Higher Education has reported that Colorado State allowed McNaughton to remain on staff for a year until he had another job offer lined up at the University of Delaware, but the institution denies this. ‘During the pendency of the disciplinary process, Dr McNaughton took legally protected leave, which delayed the process,’ university spokesperson Dell Rae Ciaravola tells Chemistry World. ‘He was not allowed to stay at CSU in a temporary capacity for a year.’

For its part, the University of Delaware confirms that it rescinded McNaughton’s offer of employment after becoming aware of his conduct at Colorado State. He had apparently already reimbursed Colorado State for the raise, which reportedly amounted to $4000 (£3060) over four years.

Under the plea agreement, which was reached on 5 September, McNaughton admitted attempting to influence a public servant, and consequently won’t serve any jail time. The case will be dismissed in a year, provided he doesn’t commit any other crimes and performs 100 hours of community service. McNaughton could reportedly have faced two to six years in jail and fines of as much as $500,000.

‘He is only required to do community service,’ says McNaughton’s attorney, Erik Fischer. ‘He totally avoids a conviction so the outcome is reasonable given the circumstances.’ Those circumstances, according to McNaughton and his lawyers, include some unfair treatment by Colorado State.

In his July 2017 confession letter to the dean of the university’s natural sciences college, McNaughton argued, for example, that he was underpaid and misled about his start-up package at Colorado State. He claimed that funds from his start-up related to the formation of a mammalian cell culture facility ultimately went to a newer colleague.

McNaughton also went on to reference ‘a number of informal conversations with senior colleagues’ where it was ‘openly stated that multiple former CSU faculty [who are now either dead or no longer affiliated with the university] lied about an outside offer as a mechanism to improve their salaries, and the capabilities of their laboratory and the chemistry department at CSU’. However, the university says it has no evidence that other Colorado State faculty ever falsified job offers letters.