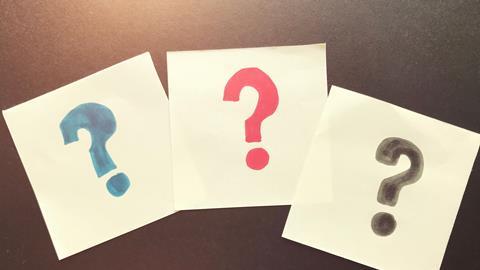 A new analysis of the biomedical literature estimates that as many as 35,000 papers may need to be retracted due to inappropriate image duplication. The two-pronged analysis looked at 960 papers submitted from 2009–2016 to Molecular and Cellular Biology (MCB) and found that 6.1% of these contained inappropriately duplicated images. Of these, 10% were eventually retracted from MCB. A sample of 40 biomedical journals was also assessed and 4% appeared to have inappropriately duplicated images.

Lead author Elisabeth Bik of uBiome in San Francisco, says ‘it is a large number but it’s still a tiny fraction of the scientific literature’. She goes on to say that although this is only about 0.4% of papers ‘it is important that things are corrected and that we identify groups or individuals who deliberately try to mislead’.

Mike Rossner, from the consultancy company Image Data Integrity, who has worked on image manipulation in biomedical literature since 2002, noted that Bik’s ‘numbers are very consistent with numbers I’ve been publicising for years’. A fact he finds somewhat surprising considering that during his tenure as managing editor at The Journal of Cell Biology ‘we were very public about the fact we were screening images’. While most journals do have screening protocols in place for plagiarism, ‘most journals do not have image screening programmes’, Rossner says.

Bik too sees some reluctance to address these issues and says she has been frustrated by journals reluctance to take action. This may be due to the costs and time involved in screening the papers but as Bik’s work shows greater savings might be made by screening in advance rather than dealing with the aftermath of published papers needing correction or worse – retraction.

The analysis also found a significant drop in the numbers of inappropriate images identified in MCB papers after implementation of a dedicated screening programme. And they calculated that the average time needed to address a problematic paper before publication was about half an hour, which then rose to roughly six hours when dealing with the same issue after publication. Rossner also believes this analysis may help inspire the implementation of screening programmes because ‘somebody now has numbers to show publishers that this may save you time and money in the long run’.

Aside from time and money Bik stresses the point that ‘once a paper is published and retracted in the open there is usually a sad story behind it’. An open retraction or series of retractions, she says, ‘can cause a lot of damage for people who have worked in that lab’.