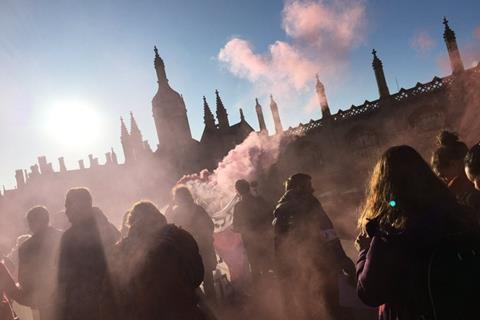 Staff striking outside King's College at the University of Cambridge 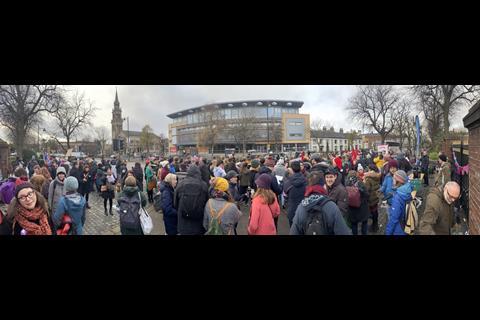 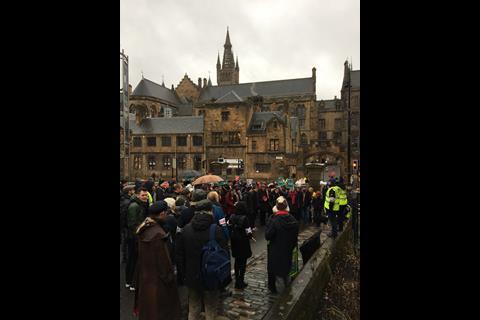 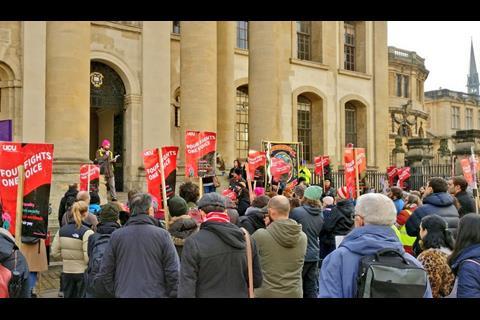 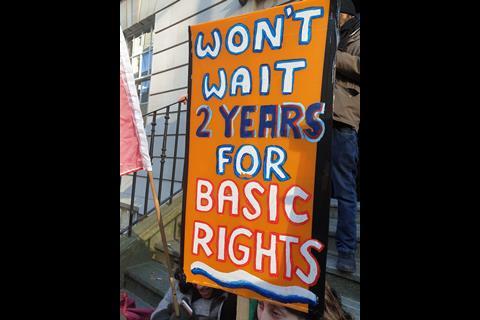 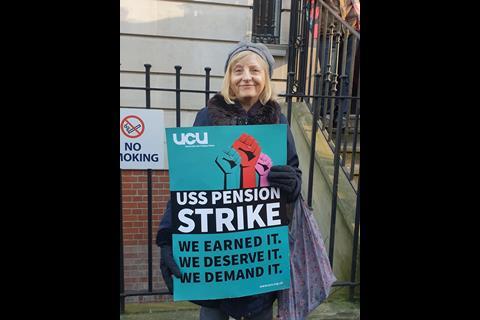 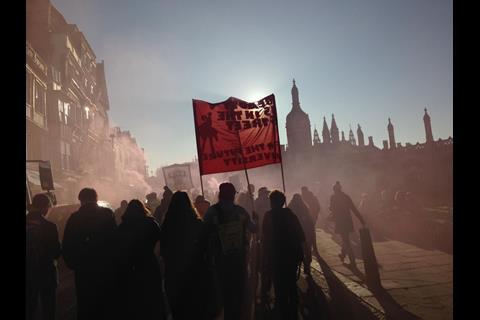 Universities across the UK have been hit by eight days of strikes by lecturers and support staff. Members of the University and Colleges Union (UCU) withheld their labour from 60 universities, in disputes over pensions, pay, workload and job security.

The strikes follow similar action in February last year and, while staff returned to work today, so far the union has not ruled out fresh strikes next term. UCU members have taken the steps over two separate disputes – one long running dispute over changes to the Universities Superannuation Scheme (USS) pension, which university employees say will make them poorer in retirement – and a multifaceted disagreement over pay. On this second dispute, the union argues that pay in higher education has fallen by 20% over the last decade, that employers have failed to eliminate gender and race pay gaps, and that this, combined with heavy workloads and growing use of casual contracts, ‘has undermined professionalism’ in the sector.

Prior to the strike action, the University and Colleges Employers’ Association (UCEA) and Universities UK (UUK) – bodies that represent institutions and senior management – sent an open letter to UCU members laying out their positions on the two disputes. This joint statement pointed to institutes paying in an additional £250 million a year to the USS pension scheme in employer contributions and that a ‘fair and realistic’ outcome had been reached in earlier negotiations on pay. However, they noted that these negotiations had focused ‘almost entirely’ on pay rises and that workload, pay equality and casual contracts ‘were not extensively discussed’. UCEA and UUK invited the union to fresh talks on these issues.

In response, UCU general secretary Jo Grady said in a statement: ‘Staff are striking over workloads, casualisation, inequality and pay. Universities cannot simply ignore the pay element, and if they continue to do so then staff will continue to strike.’

Many striking academics have highlighted stagnating wages, the prevalence of insecure contracts and increasing workloads as symptoms of marketisation in the higher education sector. They say the coalition government’s decision to lift the cap on student numbers in 2013 has led to a situation where universities are competing for fee-paying students, harming the quality of the education they provide.

‘Our student numbers are double what they were 20 years ago, but we’re still in the same building. Still in the same lecture theatres. Still in the same laboratory space,’ says UCL-based computational chemist Dewi Lewis, who took part in the strike. ‘Teaching to increasing numbers of students, and the complexity of what the university expects of me as an academic, means that my working hours simply get longer and longer, with seemingly shorter deadlines.’

Lewis says that he is aware of junior staff members who wanted to strike, but simply couldn’t afford to forgo eight days’ wages. ‘Our quality of life has diminished, our workload has gone up and therefore you should compensate us for that,’ he adds.

‘The university system doesn’t work. There are 60 universities on strike, 40 universities in deficit,’ says Alison Edwards, a lecturer in pharmaceutical chemistry at Medway School of Pharmacy. ‘This is a national problem, not just one or two universities. We have to address it.’

Edwards says that pressures on universities to reduce costs are leading to redundancies, with hourly paid lecturers and graduate teaching assistants being used to plug gaps. ‘One other thing that increases our workload is the metrics-driven environment that we’re in,’ she adds. Edwards says that systems used to measure performance like the research and teaching excellence frameworks are piling on pressure on academics. ‘One colleague I know is not going to strike because she’s already so behind. If she goes on strike, she will just go insane, she will physically break down,’ she says.

UCEA said in a statement that it regrets the impact the strike will have on students and that universities are ‘focused on managing this period of disruption as best they can for their students’.

While classes have been affected by striking teaching staff, Lewis says that most of his students have been supportive of the action. ‘We’ve had to stop labs running. We’ve had to stop research projects running because we can’t take the risk on safety,’ he says. ‘And those students, gratifyingly so, understand why we’re doing it.’