US court orders firm to pay $1.6m in damages for disease linked to contaminated water supply

Chemicals heavyweight DuPont has lost the first in a series of personal injury lawsuits brought by individuals claiming to have developed diseases after their drinking water was contaminated with perfluorooctanoic acid (PFOA; C8) from the company’s chemical plant in Parkersburg, US. 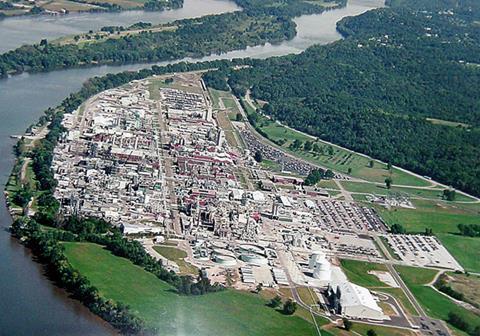 An Ohio court has awarded Carla Bartlett $1.6 million (£1 million) after a jury determined that the PFOA in her drinking water contributed to the kidney cancer she was diagnosed with in the late 1990s.

The decision could have expensive implications for Chemours – the DuPont spin-off that will be responsible for paying damages from these cases, as around 3500 more cases are awaiting trial. DuPont plans to appeal.

PFOA exposure has been associated with various health conditions, including kidney and testicular cancers. The jury concluded that DuPont was aware of the health risks posed by emissions of the chemical from its plant, but failed to inform the public or address the problem.

The co-lead counsel on the multi-district litigation, Cincinnati attorney Robert Bilott, says DuPont knew of the danger. He notes that internal documents shown at trial reveal that the company knew of the link between PFOA and cancers by 1997, or maybe earlier.

Richard Clapp, an environmental epidemiologist and former chair of US campaign group Greater Boston Physicians for Social Responsibility, says Bartlett’s case is among the weaker ones in the queue. ‘Some of the cases coming might have much higher dollar amounts attached,’ he says.

Clapp suggests that this story should serve as a cautionary tale for other chemical companies. ‘If you have information about the harmful effect of some chemical in the manufacturing process that is affecting your workers, you’d better first off all tell the Environmental Protection Agency, and also protect your workers,’ Clapp warns.

DuPont has been dealing with fallout from its PFOA contamination for a while. A class action lawsuit against the company was settled in 2005, under which DuPont provided the plaintiffs with clean drinking water, and set up an independent science panel to study the health effects of PFOA. The panel produced a list of diseases linked to the chemical, including kidney cancer, and that research has enabled this new barrage of legal action against DuPont.

For its part, DuPont says it does not believe that PFOA contributed to Bartlett’s past health problems. The company also suggests that the jury’s determination to award compensatory rather than punitive damages ‘validates DuPont’s position that at no time was there a conscious disregard for those living near the Parkersburg plant’.

DuPont claims that it has always acted ‘reasonably and responsibly’ in handling PFOA, based on the health and environmental information available to industry and regulators at the time that the company used the chemical.

The next trial is set for 1 December 2015, according to Chemours. The company expects the remaining lawsuits, beyond the first six individual ‘bellwether trials’ that include Bartlett’s case, to be essentially inactive until the end of 2016.