Ebola outbreak in west Africa over 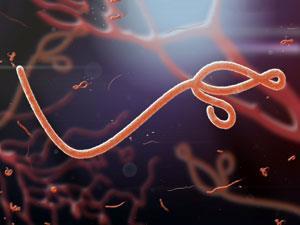 The World Health Organization (WHO) has announced the end of the most recent Ebola outbreak in Liberia, after a period of 42 days – two 21-day incubation periods – passed with no reported cases.

Liberia follows Sierra Leone and Guinea, which were declared free of Ebola transmission on 7 November and 29 December last year, respectively. The announcement effectively marks the end of the Ebola epidemic in west Africa.

The WHO warns, however, that all three countries remain at risk of small outbreaks and flare-ups. ‘We are now at a critical period in the Ebola epidemic as we move from managing cases and patients to managing the residual risk of new infections,’ said Bruce Aylward, the WHO’s special representative for the Ebola response, in a statement. ‘The risk of re-introduction of infection is diminishing as the virus gradually clears from the survivor population, but we still anticipate more flare-ups and must be prepared for them.’

The virus has claimed more than 11,000 lives and infected more than 28,500 people since 2013. The WHO says it will continue to work with governments on preventing transmission and responding to outbreaks.