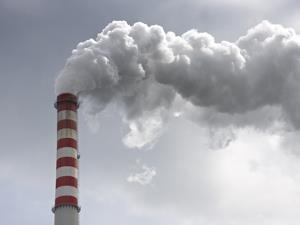 South Korea’s new carbon emissions trading scheme is scheduled to officially begin operation on 12 January on the Korea Exchange in Busan. But trading volumes are expected to be extremely light as the system gets off the ground, amid resistance from South Korean businesses and industry.

Businesses have argued that the cap and trade system, which allocates emission permits to firms and allows them to trade surpluses or buy them as needed, will increase their manufacturing costs and harm their competitiveness. They worry that Chinese manufacturers and other international competitors that aren’t part of an emissions scheme will be able to undercut them.

The Federation of Korean Industries (FKI) issued a report outlining what it sees as flaws in the new cap and trade system, arguing against implementation unless changes are made. The FKI says that in its current form the scheme will cost business KRW27.5 trillion (£16.4 billion) over the next three years unless changes are made.

South Korea’s carbon emissions put them in the global top 10 and, as a result, in 2012 it approved the creation of a cap and trade system. The goal of the scheme is to cut carbon emissions by 30% of projected levels for 2020 and would equate to a 4% reduction on 2004 levels.

Under the plan, companies whose total emissions exceed 125,000 tonnes per year or who operate at least one site with emissions exceeding 25,000 tonnes per year must participate in the system. Some 525 companies operating about 1100 sites meet those criteria and account for about 66% of South Korea’s total non-vehicle emissions. In 2011, the country’s total carbon emissions were 698 million tonnes. Participants in the trading scheme include such industries as petrochemicals, steel, power generation and energy, vehicle production, electronics and five airlines.

The trading system has been divided into three phases, with the first running until the end of 2017. Some 1.687 billion carbon allowance permits, each equivalent to one tonne of carbon dioxide, will be available at no cost to participating companies during phase one. The FKI says that the first allocation is too small and has urged the government to recalculate allowances.

The South Korean government has said it expects carbon allowances to trade at around $20 (£13) level, which would be well above levels on carbon markets in the US, EU, China and New Zealand.

Details for phase two (2018–20) of the cap and trade system and phase three (2021–25) have not been finalised. However, the government intends to have firms begin paying for a portion of their carbon allowances in phase two and would also like the South Korean scheme to link to other schemes, such as the EU’s emissions trading system.