As the world’s demand for electronic goods and other chemicals grows continuously, environmental heavy metal contamination grows too. Traditional chemical approaches to dealing with the problem can be ineffective and difficult, especially in the developing world where contamination is often most severe.

Researchers at the Massachusetts Institute of Technology, US, have genetically engineered yeast to precipitate heavy metals from solutions of contaminated water. They demonstrated their organism’s effectiveness by cleaning up samples from notoriously polluted oil sands in Canada, and claim the yeast could easily be shipped to pollution hotspots elsewhere. 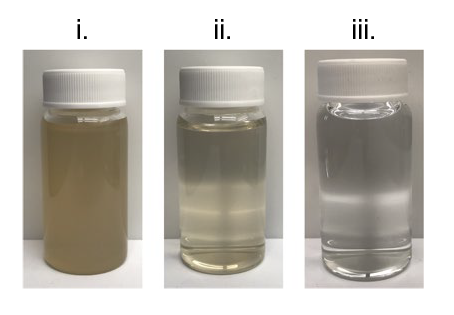 The most effective way to precipitate heavy metal contaminants is by forming sulfide minerals. However, as hydrogen sulfide gas is toxic and safe storage is therefore expensive, inferior reagents such as lime are normally used instead. One solution is bioremediation: sulfate-reducing micro-organisms can generate H2S in situ. Unfortunately, says biological engineer Angela Belcher, these bacteria ‘grow slowly, and require very precise handling and culture conditions.’

Instead, Belcher has studied yeast, which grows faster and can also produce H2S. The molecular pathway involved is highly convoluted but, conveniently, had already been elucidated by the wine industry. Even in tiny amounts, H2S can produce a rotten egg smell in wine, so strains of yeast have been engineered to minimise its production. ‘Our idea was: what if we looked instead at ways to increase hydrogen sulfide production,’ says Belcher. ‘Could we use that as a way to make metal sulfides?’ The researchers investigated various genetically engineered yeast strains until they found one capable of producing metal sulfides effectively.

The researchers then exposed their yeast to samples of water from the Athabasca oil sands in Alberta, Canada, which have been mined for almost 100 years and are heavily contaminated with copper, cadmium, mercury, lead and zinc. After the first round of treatment, over 85% of copper, mercury and lead were removed from the water. The researchers are now working to develop samples that could specifically target particular pollutants: ‘You can keep yeast as a solid and reconstitute it quickly, on demand,’ explains Belcher, ‘So you could have it on hand to deal with a particular kind of environmental contamination.’

Bacteriologist Barrie Johnson of Bangor University in Wales, however, is unconvinced: ‘Talk about trying to reinvent the wheel,’ he says. ‘Microbial sulfidogenesis has been used for many years in full-scale industrial systems to selectively remove polluting metals from waste waters. The systems use non-engineered bacteria that can produce sulfide from sulfate, and are far more effective and efficient than the genetically engineered yeasts that these researchers describe.’

‘Maybe we are reinventing the wheel,’ responds Belcher. ‘But we are doing so in a more user-friendly organism, [using] bacterial sulfidogenesis as inspiration.’ She stresses that the yeast tolerates a broad range of pH and nutrient sources, and that the fast growth and relatively simple culture conditions mean metals can be almost completely removed on timescales of hours rather than days or weeks. While the yeast may not displace existing bacterial treatment, it could ‘allow a broader set of researchers to help address this important issue,’ she concludes.