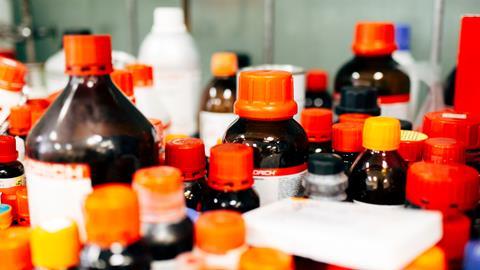 A new analysis has revealed that up to three times as many chemicals are manufactured globally than previously thought. More than a third of these substances cannot be explicitly identified for intellectual property reasons or because of their chemical complexity.

The international team of researchers aimed to shed light on sources of chemical pollution by scrutinising all publicly available national and regional inventories of industrial chemicals. They found more than 350,000 chemicals are registered for production and use, almost triple that estimated by earlier surveys. Previous estimates of the number of chemicals in production have focused on Organisation for Economic Co-operation and Development countries, particularly in North American and western Europe. The new survey includes data from a wider range of countries – including China, which today accounts for around 37% of global production.

More than 50,000 industrial chemicals remain publicly unknown because they are considered ‘confidential’, while a further 70,000 materials could not be clearly described because they are polymers, complex mixtures or biological substances with no distinct chemical identity. The researchers behind the study say that finding a way to describe these materials will be ‘an important next step’ for assessing sources of pollution.

The report calls for chemical reporting to be standardised internationally to improve future tracking of industrial chemicals, and proposes the creation of a ‘global inventory of all chemicals on the market’. It also recommends that the international community support countries without a national chemical inventory in establishing one.