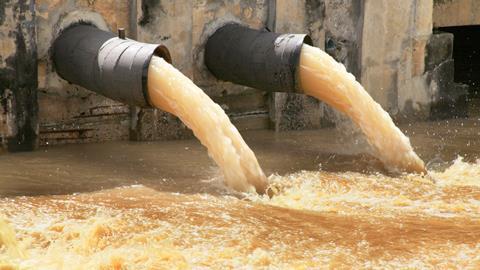 EU sets goal of tackling pharmaceutical pollution in the environment

The European commission has called for action over the risks posed by pharmaceutical chemicals discharged into the environment.

In the EU, 90% of pharmaceuticals found in the environment are excreted by people and animals, and come from urban wastewater, sewage sludge and manure, the commission says. Emissions from manufacturing and the disposal of unused pharmaceuticals are the next largest sources.

There is growing evidence that the levels of some pharmaceuticals found in soil and water pose a risk to wildlife, partly because they are designed to act at low concentrations. For example, endocrine-disrupting chemicals may affect the reproduction of fish. There are also concerns that the release of antimicrobials may be contributing to the spread of antimicrobial resistance.

‘This topic has caused considerable anxiety for almost 20 years,’ says Andrew Johnson at the UK Centre for Ecology and Hydrology. ‘We are aware that some pharmaceuticals, such as ethinylestradiol, can cause effects on individual organisms in the aquatic environment. However, as far as the freshwater environment goes, we do not have evidence that these compounds are harming wildlife populations. So there is an argument that the situation is not damaging our freshwater ecosystem as a whole.’ Antimicrobial resistance is a concern, he adds, but it is less clear that the water route is a major issue for human health.

Many of the commission’s recommendations are small incremental improvements, Johnson says. ‘The most attractive to me is improving public access to environmental risk assessment results – hopefully those held by the companies. More and better targeted monitoring would also have its merits. It is a shame that more research effort is not proposed into looking at whether pharmaceuticals really harm wildlife populations.’

In a statement, the Association of the European Self-Medication Industry, the European Federation of Pharmaceutical Industries and Associations and Medicines for Europe, which represents generic drug manufacturers, welcomed the publication of the commission’s strategy, particularly the ‘holistic lifecycle approach’ to minimising the impact of pharmaceuticals on the environment and facilitating exchange of best practices. They point out that industry has already identified most of these areas to reduce possible environmental risks. But it welcomed the strategic focus on improving water management and on expanding monitoring of environmental impact on specific elements of the environment, such as the gathering of relevant data in effluents from potential hotspots.