Upgrading a wastewater treatment plant along the Grand River in Ontario, Canada, has led to the full recovery of its male fish population due to reduced levels of endocrine disrupting chemicals in the water, scientists have found. 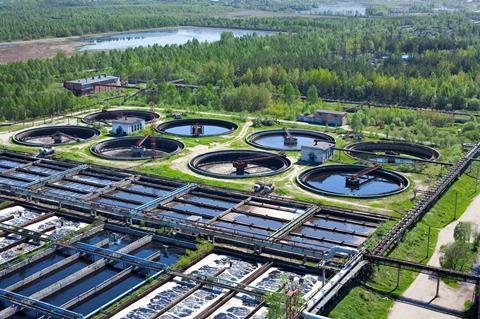 At one point the rate of intersex changes – male fish developing female characteristics, such as producing eggs – in the Grand River was the world’s highest, says Mark Servos from the University of Waterloo, whose team has been monitoring male rainbow darter fish in the river since 2007. Intersex fish are the result of exposure to hormones or endocrine disrupting chemicals in the water, which sometimes get there as contaminants from wastewater and other industrial processes.

In 2012, the local authorities in Waterloo upgraded the Kitchener Water Treatment Plant, one of two major wastewater treatment plants located along the Grand River, making changes to the aeration tank in which sludge is treated to encourage the growth of nitrifying bacteria. The main motivation for doing this was to reduce the amount of ammonia produced in the treatment process, but Servos and his colleagues analysed the river water near the plant and observed the microorganisms used to remove ammonia also reduced the levels of endocrine disruptors in the water.

They showed that, as their levels dropped, there was a 70% decline in intersex fish in the river within a year, with rates going from as much as 100% intersex in some areas down to 29%. Within three years of the upgrades, the fish population had made a full recovery, with rates of intersex fish below 10%.

Deborah Roberts, an engineer who works on microbial decontamination systems at the University of British Columbia, Canada, tells Chemistry World Servos’ work is an ‘important contribution’ to the field. ‘I am not aware of another study that has documented this finding,’ she says.

Servos says he and his team are now looking at other characteristics in the fish that may be influenced by wastewater, including behaviour, gene expression and steroid hormone production.

‘We need to look at other endpoints as well to ensure that wastewater does not have long term effect that could be minimised or eliminated in the future,’ he explains. ‘Further research is needed to determine to what level of treatment we need to go to ensure protection and sustainability of our ecosystems and water resources.’