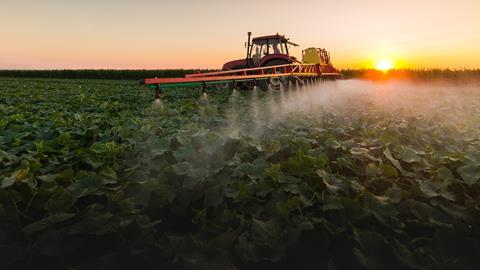 A new report from the US National Academies of Sciences, Engineering and Medicine warns that some endocrine disrupting chemicals could affect human health at lower doses than those used in traditional toxicity testing by the Environmental Protection Agency (EPA), which means that some effects of these substances may be missed.

The report proposes a three-part strategy for the EPA to evaluate any human health effects from low dose exposure to endocrine active chemicals. This includes actively monitoring new data and non-traditional information sources to ensure health effects are being identified and analysed on a regular basis.

The second component of the proposed plan involves further efforts by the EPA to analyse existing data, generate new data to fill gaps and conduct a systematic review of evidence from human and animal studies. The third aspect of the strategy includes potential EPA actions such as updating chemical assessments, requiring new data or models to reduce uncertainties, and updating toxicity testing designs and practices.

‘If the results of an investigation suggest that adverse outcomes in humans are expected or might be occurring at low doses, the conclusions of previous toxicity testing or toxicity assessments for the chemicals that are under investigation might need to be updated to reflect the new evidence,’ the report reads. In addition, its authors say that such evidence might support updates to specific toxicity testing or assessment practices in order to reduce false negatives in future.

The National Academies review focused on how the exposure to various endocrine disruptors impacted anogenital distance (AGD) – the space between the anus and genitalia – as well as foetal testosterone levels and penis malformation, known as hypospadias. The report authors highlight that foetal exposure to diethylhexyl phthalate (DEHP) is presumed to be a reproductive hazard to humans because it is associated with decreased AGD and testosterone levels in males, but the evidence of an association between DEHP and hypospadias was not as strong. The National Academies committee also examined the effects of the flame retardants polybrominated diphenyl ethers or PBDEs and concluded that there was sufficient evidence to link them with impaired intelligence.

The American Chemistry Council (ACC), a chemical industry trade group, said it agrees with a number of the report’s recommendations related to systematic review. However, the organisation noted that the report’s statements about individual chemicals only refer to potential hazard, not actual risk. ‘The report makes clear that the committee did not consider exposure to a given population nor did it perform a risk assessment on the substances,’ the ACC stated. ‘Therefore, the report does not speak to the level of risk, if any, arising from a particular exposure to these chemical substances nor any potential for them to cause health effects in humans.’

Meanwhile, the EU released guidance earlier this month to help identify endocrine disruptors among pesticides. This is expected to have ramifications beyond biocides, setting the stage for regulating these substances in products like toys, cosmetics and food packaging.

In response, the Endocrine Society said it is ‘extremely concerned’ that the criteria will fail to identify EDCs that are currently causing human harm and will not secure a high level of health and environmental protection. Therefore, the organisation has urged the European parliament, which is expected to vote on the criteria in the coming months, to improve transparency for implementing the criteria and to engage endocrine scientists in further decision-making steps.

Meanwhile, the European commission plans to allocate a budget of approximately €50 million (£45 million) for about 10 ‘substantive new research’ projects on endocrine disruptors in Europe in 2018, as part of the next Horizon 2020 work programme.