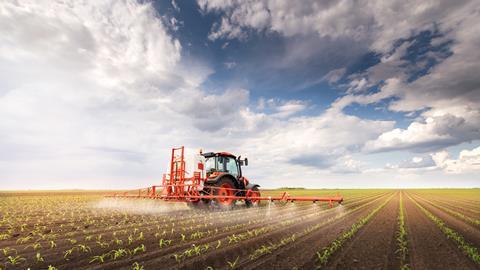 The European commission has proposed ambitious targets to limit pesticide use. It seeks to halve the use of synthetic pesticides in the EU by 2030, handing member states responsibility for introducing strategies and reduction targets.

Pesticides would be banned in sensitive areas, such as parks, playgrounds, sports grounds and ecologically sensitive sites. The rules aim to halt biodiversity loss, protect health and ensure lasting food security and is part of the EU’s Farm to Fork strategy.

A new enforcement framework would be created to ensure that all farmers practised ‘integrated pest management, in which all alternative methods of pest control are considered first, before chemical pesticides can be used as a last resort measure’, noted the commission.

The new rules would be set out in a regulation, which is mandatory for all EU member countries. The proposals must go to the European Council and the European parliament before becoming law. This could take until 2023.

‘Those targets are quite ambitious,’ says Kai Purnhagen, an expert in European law at the University of Bayreuth in Germany. ‘I’m not sure such large-scale change is possible in such a short time, because there is a lack of alternatives to generate similar yields.’

Integrated pest management is not cost neutral, ‘so farmers are asking for compensation when switching’, he adds. While the new Common Agriculture Policy proposal takes this into account, Purnhagen questions whether it is sufficient.

Between 2013 and 2019, ‘pesticides were detected above their effect threshold at between 13 and 50% of all surface water monitoring sites of European rivers and lakes’, the commission noted. Chemical pesticides contribute to pollinator decline, with one-third of bee and butterfly species in Europe in decline and 10% on the brink of extinction. Pesticide exposure is also of concern for human health.

Member states would be required to adopt binding targets. They will have flexibility to take account of their own situation, including intensity of pesticide use, but national targets cannot be lower than 35%. The commission can recommend more ambitious national targets, so that a 50% reduction in pesticides is achieved at EU level by 2030.

The commission suggested that part of the solution lies in more organic farming and precision agriculture, noting that reducing pesticide use by 58% in vineyards can be achieved by modifying the flow rate from spraying nozzles. However, it did acknowledge that there will be arguments against taking action now, due to Russia’s war against Ukraine and increased risks to global food security.

‘Focusing on stricter rules for farmers will not solve the underlying problems of plant protection,’ notes a spokeswoman at Copa, an organisation that represents EU farmers. ‘Nor will banning different products without having alternatives.’ She highlights a ‘lack of proper alternatives to chemicals for plant protection’ and that this is ‘pushing farmers to rely on emergency authorisations as provided for in EU legislation for unforeseen circumstances’.

It is a ‘shot in the dark’ as to whether new technologies can make up the difference in terms of crop yield, Purnhagen says. He and others have criticised the EU for its outdated legislation on biotech solutions for crops, such as gene editing of crops, that could help deliver productivity gains. ‘The existing regulatory framework at the European level limits the tools available to member states,’ he adds.

Organic farming ‘doesn’t produce the yields we need, and in many ways, it is unsustainable in how it uses water and land’, says Purnhagen. He advocates that ‘more room be given to experimentation, particularly within the area of organic produce’.

‘This proposal is very one-sided. It relies heavily on the arguments that the environmental NGOs have been bringing forward,’ he adds. He expects rigorous pushback from industry and others to the proposal and numerous amendments.

The commission has also proposed a Nature Restoration law, which covers 80% of the bloc’s habitats in poor condition, with the aim of repairing the EU’s damaged ecosystems by 2050.