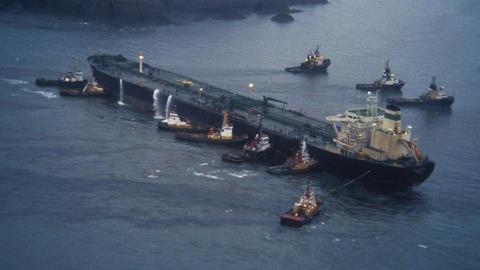 Explainer: why are chemical dispersants used in oil spills?

What is a dispersant and how does it work?

Dispersants are a blend of surface active agents (surfactants), each containing oleophilic and hydrophilic parts, and a solvent. When applied to an oil slick, the solvent transports and distributes the surfactants throughout the oil, where they reduce the surface tension of the oil–water interface.

Together with mixing energy provided by waves and the wind, this mimics natural dispersion and results in oil breaking up into small droplets. These droplets become rapidly suspended into the water column and diluted to very low concentrations, where they are readily available for degradation by micro-organisms already present in the sea.

Not really: there’s a window of opportunity when using dispersants. When oil is spilled in a marine environment, it begins to disperse and fragment and its properties change as a result of a variety of physical and chemical processes. Collectively, this is known as weathering.

The speed of the weathering depends on the local conditions, but it reduces the effectiveness of dispersants that might be applied. This is because evaporation (one of the first weathering processes to happen) causes the oil to lose lighter components, leaving a more viscous slick. The infiltration of seawater into the oil through wave action can also create a water-in-oil emulsion in some oil types, further increasing the viscosity. In addition, as the oil spreads out it becomes increasingly difficult to locate and target for dispersant application.

Dispersants should therefore be applied within a few hours to a few days after the spill, depending on the type of oil spilled and local environmental conditions.

What other options are available? 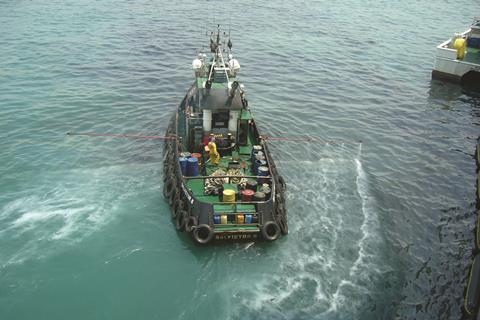 Dispersants contain a mixture of surfactants and a solvent

Dispersants are only one of the strategies available to responders. One of the best known alternatives is the containment and recovery of oil using mechanical means such as booms and skimmers. However, even in good conditions mechanical recovery at sea will typically only remove up to 20% of the oil. The remainder will disperse and – while some will evaporate – much of it will remain at sea and potentially be stranded onshore. Mechanical responses at sea can also be hampered by high winds, waves and currents.

But these are exactly the conditions that can assist the action of dispersants and significantly decrease the amount of oil reaching land. During the MV Sea Empress incident off the coast of England in 1997, it is estimated that the use of dispersants prevented more than 15,000 tonnes of emulsified oil from reaching the shoreline.

Why are dispersants so controversial?

Dispersants have been the subject of debate and public misunderstanding since their very first use, during the landmark SSTorrey Canyon incident in 1967 in the UK.

During that incident, the SS Torrey Canyon lost its entire cargo of 119,000 tonnes of crude oil. A wide variety of methods were used to mitigate the impact of the spill. Among them, more than 10,000m3 of ‘first generation’ dispersants and solvent-based cleaning agents were spread indiscriminately, both onshore and offshore.

While they were relatively effective in breaking up the oil slick at sea and reducing the amount of oil that reached the shoreline, the high aquatic toxicity, high concentration and high volume of this first generation of dispersant was also responsible for many of the most severe environmental impacts from the spill, more than the oil itself.

Absolutely. The dispersants used in the 1960s were really just industrial detergents that were highly toxic to aquatic life – so they are no longer used. Afterwards, research led to the development of a second generation of dispersants (conventional dispersants), which required having a maximum level of aquatic toxicity for a given effectiveness. 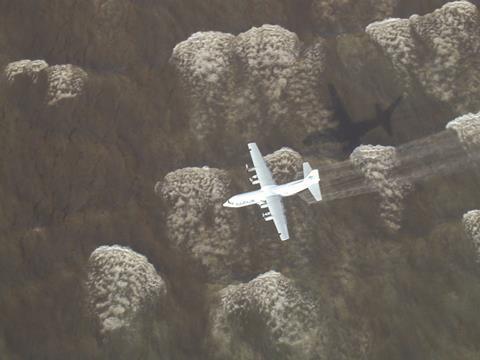 Concentrate dispersants are typically deployed at ratios of between 1:5 and 1:30 dispersant to oil volume

These conventional dispersants are now being replaced by a third generation – concentrate dispersants – which contain a higher concentration of surfactants in a water miscible solvent. They can be applied from vessels or aircraft at typical ratios of between 1:5 and 1:30 dispersant to oil volume, limiting the quantity of product released in the environment during a spill.

Our vastly improved understanding of the chemistry and application of dispersants means that they are much more effective and safe today than at any point in history, and researchers and industries work constantly to ensure that best practice on their use is distributed to responders worldwide.

How do you decide if dispersants are used?

Robust national and local contingency planning is essential to ensure that the most effective techniques are promptly applied. These contingency plans can also help to educate stakeholders and the public on the plusses and minuses of different response strategies.

When an incident occurs, a net environmental benefit analysis (NEBA) is performed. This considers the order of priority of the marine and local resources to be protected, the effectiveness of various strategies and the cost to protect each of these resources. The NEBA is used to determine what combination of mitigation techniques, including dispersants, will be applied. For example, by displacing the oil from the surface into the water column, dispersants are particularly effective for protecting sensitive coastal ecosystems (such as mangroves, salt and marshes), surface dwelling animals (sea birds and marine mammals) and some socio-economic activities like fisheries and tourism. However, the plume of dispersed oil can harm shallow and benthic ecosystems (such as coral reefs and shellfish beds) or industrial activities (water intake for desalination plants, aquaculture facilities).

What other concerns are there? 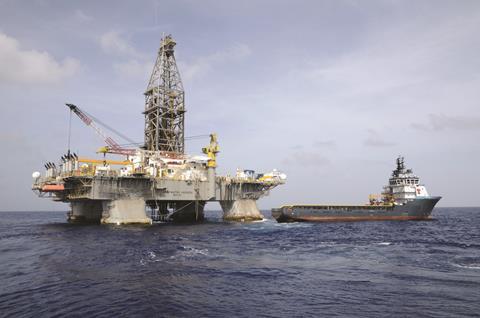 The Deepwater Horizon oil spill released up to 627,000 tonnes of oil following the blow-out

The most recent high-profile use of dispersants was during the Deepwater Horizon oil spill in the Gulf of Mexico, in April 2010. An estimated 492,000–627,000 tonnes of oil was spilled following the blow-out, but the impact on the US shoreline was relatively limited, in part due to the use of dispersants. More than 7,000m3 of dispersant was used, including 2,920m3 applied under the sea at the wellhead; the largest application of dispersant since the SS Torrey Canyon.

However, the use of dispersant at the wellhead raised concerns, and the impact on marine life and fisheries from sub-sea plumes of dispersed oil is an active area of research. This is currently being investigated in laboratory conditions to examine the impact on specific organisms at a cellular level, and in controlled natural environment conditions to assessing the overall impact on the fish population.

Other frontiers of dispersant application, such as in icy waters, have already been extensively studied and continue to be an area of focus, particularly with the prospect of the opening of the Northeast and Northwest passages.