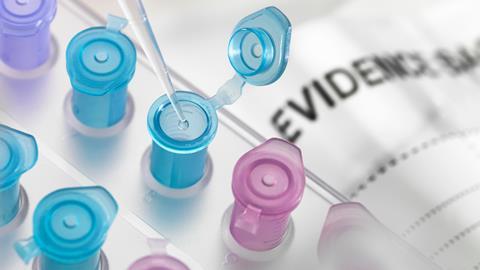 The firing of a forensic chemist in late January who worked at the North Carolina police department has prompted the local district attorney’s office to re-examine criminal drug cases from the past three-and-a-half years. William Peltzer had worked at the agency since August 2015, but an internal audit last month revealed irregularities with his work, which prompted an investigation that uncovered a number of problems.

Peltzer has not been accused of any criminal wrongdoing. The Wilmington police department where he worked immediately notified the local district attorney Ben David’s office following the audit so that appropriate action could be taken with any potentially affected criminal drug cases. ‘While there is no evidence that any of the cases were compromised we realise that the actions of this chemist called the integrity of our process into question and that is unacceptable,’ stated the department’s police chief, Ralph Evangelous.

In a letter to the county defence bar, David explained that Peltzer was responsible for testing substances to determine whether or not they were illegal narcotics, and he described Peltzer’s ‘untruthfulness’. It is alleged that Peltzer told his superiors on several occasions that he had properly checked the calibration of his lab equipment, even though he knew he had not. ‘We are currently reviewing Mr Peltzer’s involvement with both pending and disposed cases to determine what needs to be done in terms of dismissals, motions for appropriate relief, or re-testing,’ David wrote.

It is unclear how many criminal drug cases, if any, could be affected. In two prominent US forensic lab scandals involving Annie Dookhan and Sonja Farak – two Massachusetts state forensic chemists who committed misconduct – tens of thousands of drug convictions were dismissed as a result of their malpractice.