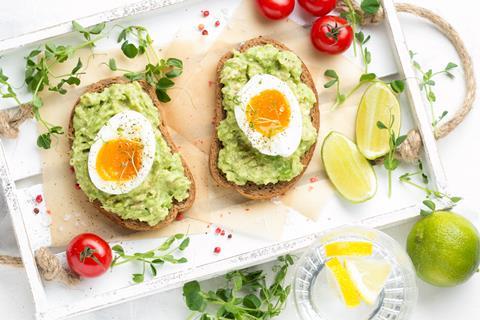 Scientists in China have demonstrated that they can enhance the quality of frozen avocado puree by applying a uniform and multi-directional oscillating magnetic field during the freezing process. Although freezing can help extend a food’s shelf life, the quality after thawing is sometimes inferior to that of the fresh product – this work, led by Yamei Jin and Zhengjun Xie from Jiangnan University, could solve that problem.

Jin and Xie’s team froze samples of blended avocado in 1D, 2D and 3D magnetic fields and compared their properties with those of avocado puree frozen with no magnetic field. Compared to ordinary frozen puree, improvements using the 3D field included higher pH value, higher moisture content and greater antioxidant activity. Additionally, characteristics such as colour, firmness and spreadability, which are usually severely impacted by the freezing process, remained much more similar to those of fresh puree.

The oscillating magnetic field produces a weak molecular current, which impedes the growth of large ice crystals in the puree. This in turn improves the freezing process and the quality of the puree. Additionally, enzymatic browning is inhibited as the smaller ice crystals prevent enzymes from degrading the pigment molecules, giving the magnetically frozen puree a greener colour.