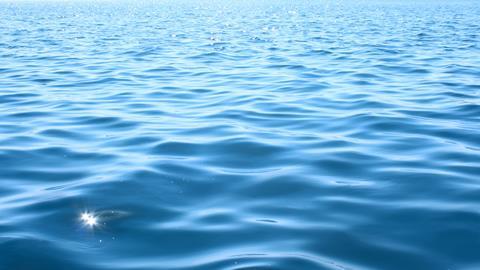 Fresh water and electricity out of the blue

Scientists in China have constructed a device that simultaneously generates fresh water and electricity from seawater.

In the pursuit of renewable energy, researchers are increasingly looking to Earth’s oceans. Wave and tidal power may be more familiar systems for generating so-called blue energy, but you can also harness energy using the salinity difference between seawater and freshwater.

New research from scientists at Huazhong University of Science and Technology exploits this concept. They have shown for the first time that it’s possible to couple solar desalination with power generation.

The team constructed a device, consisting of a light absorbing filter paper modified with carbon nanotubes above an ion-selective membrane, that floats on water. Solar energy hitting the device heats water on its surface so it evaporates; condensing this vapour gives fresh water. But as water molecules leave the device’s surface, the salt concentration there increases dramatically relative to the seawater underneath – a trait researchers have previously neglected. ‘The energy density of this salinity difference could be six times higher than the difference between river water and seawater,’ explains Jun Zhou, who led the research.

Zhou says the membrane‘s selectivity is key to combining the two processes. ‘It only allows positive ions to go through, which induces a charge imbalance on the two sides – generating an electrical potential as well as current from redox reactions at the electrodes.’

The team produced and tested a proof-of-concept device measuring 100cm2, and say its relatively simple design gives it potential to be scaled up and used in offshore platforms. But Doriano Brogioli, a researcher at the University of Bremen in Germany who works on harvesting energy from salinity gradients, cautions that this vision may be some way off: ‘The power density generated by the device (1Wm-2) is relatively good; however, it is very small if compared with solar panels (10–20Wm-2). The feasibility of this device is also debatable as the [silver] electrodes are consumed during operation. It is worth noting that silver dissolution would pollute the water.’