Minamata Convention would lower mercury exposure 91% by 2050, compared to 32% for US’s own policies 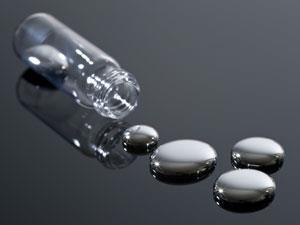 The benefits to the US from the Minamata Convention on Mercury, a global treaty adopted in 2013 to reduce mercury emissions worldwide, are significantly greater than those from the US’ own Mercury and Air Toxics Standards (MATS), according to new research out of the Massachusetts Institute of Technology.

The consumption of mercury by Americans will be 91% lower by 2050 under the global treaty, compared to 32% lower under US policy by itself, the team estimated. The researchers suggest that this effect is due to the US commercial fish market, 90% of which is sourced from Pacific and Atlantic Ocean basins – regions that are heavily influenced by mercury emissions from non-US sources like China.

They further calculated that emissions reductions under the global mercury treaty would lead to $339 billion (£232 billion) in projected lifetime benefits from an individual’s reduced exposure to mercury and $104 billion in economy-wide benefits in the US by 2050, compared to $147 billion and $43 billion, respectively, from MATS – a national regulation set by the US Environmental Protection Agency to reduce mercury pollution from US coal-fired power plants.

However, significant uncertainty exists. For example, the MIT team said it remains unclear how far different forms of mercury will travel through the atmosphere, or how long it will take for mercury to accumulate in fish.