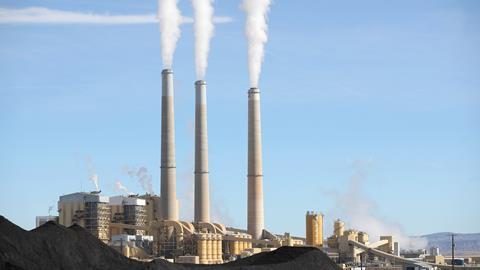 The US Environmental Protection Agency (EPA) has issued a final rule that concludes it is not ‘appropriate and necessary’ to regulate mercury pollution from coal fired power plants. The agency will no longer consider public health benefits associated with reducing mercury emissions.

The 16 April decision repeals the legal basis underlying the Mercury and Air Toxics Standards (Mats) that former president Barack Obama enacted in 2011. This legislation required coal and oil-fired power plants across the country to cut emissions of mercury and other heavy metal air pollutants. The Obama administration calculated that Mats would prevent roughly 11,000 premature deaths, 4700 heart attacks and 130,000 asthma attacks in the US each year.

The Environmental Working Group’s president, Ken Cook, called the rule ‘beyond stupid’, and former EPA director Gina McCarthy, president of the Natural Resources Defense Council, dubbed the rule ‘an absolute abomination’. In contrast, groups such as the National Mining Association applauded the agency’s move, arguing that Mats represents a ‘destructive and illegal assault on the coal industry’. Leading Democrats on the House Energy and Commerce Committee called for the Mats rollback to be reversed.

This latest EPA action comes on the heels of an agency proposal just days earlier to retain, rather than strengthen, national ambient air quality standards for particulate matter. That decision received heavy criticism amid preliminary research findings by Harvard researchers, which indicated that communities with higher levels of air pollution have populations that are more susceptible to Covid-19.

The American Chemistry Council welcomed the move by the EPA. ‘With air quality improving, the EPA’s decision will enable further environmental progress under the current standards and emissions controls,’ the chemical industry trade group said.