Herbicide remains in water and soil longer than thought, but how that translates to human and environmental risk is unclear

The widely used weedkiller glyphosate persists in water and soil longer than previously recognised, and human exposures to glyphosate-based herbicides (GBHs) are rising, experts from various universities as well as environmental health and consumer groups have concluded in a new scientific review.

Field studies cited in the report show the half-life of glyphosate in soil ranges between a few days to several months, or even a year, depending on soil composition. The authors say the research demonstrates that soil sorption and degradation of glyphosate vary significantly depending on the soil’s physical, chemical, and biological properties. 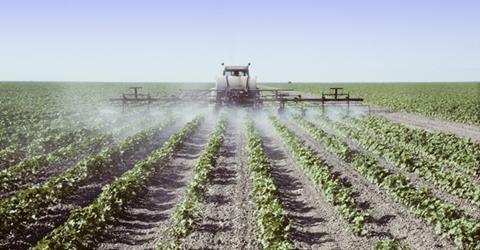 ‘The risk of long-term, incremental buildup of glyphosate contamination in soil, surface water, and groundwater is therefore driven by highly site-specific factors, and as a result, is difficult to predict and costly to monitor,’ they conclude.

The authors suggest that considerable work is needed to better understand glyphosate and GBH toxicity, mechanisms of action, and exposure levels before the EPA can credibly conclude that GBH uses and exposures are consistent with the US Food Quality Safety Act’s basic safety standard, namely that there is a ‘reasonable certainty of no harm’ from ongoing, chronic exposures to GBHs across the US population.

Kerry Harrington, a weed science lecturer at Massey University in New Zealand, agrees. ‘I don’t think there should be knee-jerk banning of the herbicide, but we do need to find out exactly what the issues are, and perhaps we need to go back to using glyphosate for the jobs it was originally designed for: preparing seed-beds for planting crops and controlling weeds around the streets, and stop applying it over the top of foodstuffs, especially fairly close to harvest time,’ he tells Chemistry World. ‘But more research is needed before we can be sure of that.’

I don’t think we should ban the herbicide, but we need to find out exactly what the issues are

Mike Owen, who chairs the agronomy department at Iowa State University, says glyphosate has been used extensively for more than two decades, and he has seen no problems associated with human exposure to glyphosate, whether applied directly or as a result of the pesticide showing up in the soil or water. ‘I don’t think that there are any definitive statements that support the fact that it is a significant risk to human health,’ Owen states.

Monsanto, which patented glyphosate in the 1970s, is critical of the 17 February review. Daniel Goldstein, a senior science fellow at Monsanto, said its authors ‘significantly misrepresent the safety of glyphosate-based herbicides.’

In the US, the EPA concluded in June that the there was ‘no convincing evidence’ that glyphosate is an endocrine disruptor. But states have begun to act on their own.

For example, California’s Environmental Protection Agency (Cal/EPA) announced back in Back in September that it would list glyphosate as a carcinogenic chemical under the state’s Proposition 65, which requires the state to publish a list of chemicals known to cause cancer, birth defects or other reproductive harm. Monsanto has responded by suing Cal/EPA’s Office of Environmental Health Hazard Assessment and its acting director.

Regulatory estimates of tolerable daily intakes for glyphosate in the US and EU vary significantly. The US Environmental Protection Agency’s (EPA) chronic reference dose (cRfD), which defines a dose that a person could ingest daily over an extended period without appreciable risk of an adverse effect, is 1.75mg of glyphosate per kilogram body weight per day (mg/kg/day). Meanwhile, the EU acceptable daily intake (ADI) for glyphosate is significantly lower at 0.3mg/kg/day, a level adopted in 2002.