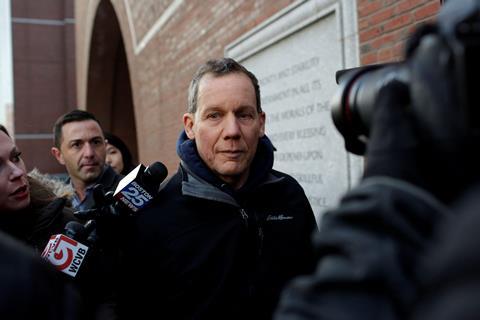 Harvard University’s head of chemistry, who has been put on indefinite leave by the institution, denies the charges against him

More than a year after the chair of Harvard University’s chemistry department was arrested for allegedly hiding his receipt of millions of dollars in research funding from China from his university and the US government, dozens of prominent researchers – including many Nobel Prize winners – are coming to Charles Lieber’s defence. They are calling the US Department of Justice (DOJ) case against him ‘unjust’ and urging the agency to drop it.

Following his January 2020 arrest, Lieber was placed on ‘indefinite’ paid administrative leave. The nanoscience pioneer was indicted in June on charges of making false statements to federal authorities regarding his participation in China’s Thousand Talents plan – the country’s programme to attract, recruit and cultivate high-level scientific talent from abroad. Lieber faces up to five years in prison and a fine of $250,000 (£179,000) if convicted.

A 1 March open letter, drafted and coordinated by Harvard chemist Stuart Schreiber, co-founder of the Broad Institute, and professor emeritus Elias Corey, winner of the 1990 chemistry Nobel prize, says Lieber became the target of a ‘tragically misguided government campaign’. The letter refers to Lieber as ‘one of the great scientist of his generation’ and warns such government actions are discouraging US scientists from collaborating with peers in other countries, particularly China. The open letter also notes that Lieber is fighting to salvage his reputation while suffering from incurable lymphoma.

Under the terms of his three-year ‘Thousand Talents’ contract, Wuhan University of Technology in China paid Lieber a monthly salary of $50,000, on top of living expenses of approximately $158,000, according to the affidavit. It also says the institute also awarded him more than $1.5 million to establish a research lab at the university.

‘Knowing Charlie, we are confident that science and research were his sole focus,’ Schreiber tells Chemistry World. ‘The US government’s misguided effort to go after Charlie and other scientists for paperwork associated with collaborations or encounters with overseas colleagues will have a chilling effect on our collective efforts.’

There are 41 signatories to the open letter, seven of whom are Nobel laureates, including Fraser Stoddart from Northwestern University, Dudley Herschbach from Harvard and Roger Kornberg from Stanford University. Of those who signed on, 29 are affiliated with Harvard. Researchers are still adding their names to the letter, Schreiber says.

The letter accuses the DOJ of having ‘increasingly scrutinised members of the academic community’ in the name of fighting economic espionage. Lacking evidence of more serious wrong-doing, the letter says prosecutors have charged scientists with federal crimes for alleged misstatements relating to ambiguous grant-related forms.

In the past such errors would have been addressed through changes in university training and procedures, or possibly with disciplinary action, but the US government has now placed the entire onus on individual faculty and criminalised them, its authors assert. This has created increasing fear of international research collaborations among US academics, they state.

Schreiber says that Lieber has had solid support from his peers since the beginning of his case, but it has taken some time for them to organise a public campaign because of the Covid-19 pandemic, which struck shortly after his arrest and limited their interactions. Harvard has also made it challenging to communicate with Lieber by removing him from his lab and the campus, and refusing to pay for his legal defence, he adds.

Corey agrees that the university treated Lieber poorly. ‘Harvard banished him and his group from their space and showed no sign that it presumes innocence until the judicial process proceeds,’ he recalls.

Harvard’s treatment of Lieber stands in contrast to how the Massachusetts Institute of Technology (MIT) handled the more recent case of nanotechnologist Gang Chen, who was arrested in January for failing to report his ties to the Chinese government. MIT agreed to cover his legal fees, and more than 100 faculty members signed a letter to their university’s president that picked apart the DOJ’s allegations against Chen.

But Schreiber says the important thing is that ‘many of the world’s most prominent scholars’ are voicing their support for Lieber now, and calling attention to how these prosecutions are harming the scientific process.

‘I wholeheartedly support this letter which calls out Harvard’s distasteful lack of support for Professor Lieber, a prominent scientist, a department head at the time of his arrest and a person who is now also terminally ill,’ says Yoel Fink, a materials scientist at MIT who organised the university’s letter in support of Chen.

‘The facts surrounding both cases indicate that these are not strictly about the enforcement of law, but rather the troubling outcome of harnessing the federal criminal justice system to further political goals and aspirations,’ he warns. ‘I hope the request to drop the criminal charges framed in the letter will be heard by the new administration. One cannot respect science while persecuting scientists.’