Felix Shamkhalov is charged with money laundering and issuing false dissertations. Thousands of Russian academic degrees may need to be revised

Felix Shamkhalov, Chairman of the Russian Higher Attestation Commission, a national government agency that oversees awarding of advanced academic degrees, has been arrested on charges of money laundering and issuing false dissertations. 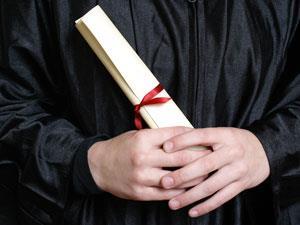 Shamkhalov’s arrest came as a shock to Russian academia, and may cast a disastrous shadow on the commission’s reputation. Since the Soviet times the commission has been considered as one of the most respectable and authoritative agencies.

The details of Shamkhalov’s arrest were not disclosed. After a preliminary court hearing there will be an initial investigation lasting around two months. The case will then be officially brought to court.

According to anonymous sources in the Russian Ministry of Education, Shamkhalov is involved in issuing fake dissertations – not only to ‘ordinary’ scientists, but also a number of powerful government officials and civil servants.

In the meantime, to avoid continuation of the scandal, the Russian Ministry of Education and Science of Russia has already begun to develop a package of measures aimed at tackling the problem.

On 12 February, an official representative of the Russian government announced that Shamkhalov had been dismissed from his position. Vladimir Filippov, rector of the Peoples’ Friendship University in Moscow and the former minister of education, has been appointed in his place.

At the same time, the Ministry of Education has also established a special State Commission, which will be responsible for monitoring dissertations for indications of fraud and plagiarism. In addition to direct inspections in the Attestation Commission, the new commission will work in many national universities to check the validity of the degrees they confer.

‘We are starting to check dissertations,’ explains Valery Tishkov, deputy academician-secretary of the department of historical and philological sciences of the Russian Academy of Sciences, and one of the members of the new commission. ‘But, in accordance with Russian legislation, will only be able to check those written in the last three years. However, there is a possibility that the Russian Ministry of Education may extend the statute of limitations up to 10 years.’

The Ministry of Education also plans to tighten the criteria for organising  dissertation committees, aiming to increase transparency. There are also plans to publish dissertations freely on the Internet, as well as developing computer programs to identify plagiarism and the sources of quotations. According to Filippov, other options include decreasing the number of universities with postgraduate schools and Master’s programmes.

At the same time, Deputy Minister of Education Igor Fedyukin has stated that the practice of  almost 100% approval of graduate degrees needs to end, and tighter requirements must be placed on their scientific content.Fedyukin also noted the need to revise the list of Russian scientific journals, where scientific results of dissertations are currently published. The current list does not reflect the real situation in science, and is associated with corruption risks.

In the meantime, a group of Russian scientists has put forward an initiative for radical reform of the system modelled on the US system, where academic degrees are conferred by universities without participation of any state agencies.

‘The number of fake PhD degrees surpasses all the limits,’ commented Russian Prime Minister Dmitry Medvedev. ‘I do not see anything wrong with the fact that this topic has been uncovered in such circumstances. I think that is absolutely right, because further development of science in this way would simply mean discrediting the awarding of academic degrees and titles.’