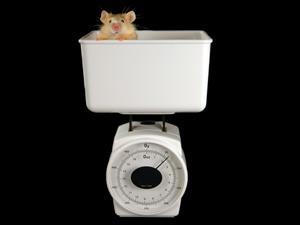 UK researchers have developed a tissue molecular mapping method that could help make lab-grown tissue much more like the real thing. The work could eventually cut the rejection of artificially grown tissues, such as heart valves.

Lab-grown tissues are often rejected by people’s immune systems when they are transplanted, so scientists suspected there must be unknown molecular differences between these tissues and natural ones. But until now there had been no way to compare the molecular structures of lab-grown and normal tissue to confirm this.

The problem was that although it's possible to image one-dimensional molecular structures of tissues using nuclear magnetic resonance (NMR) spectroscopy, which picks up signals produced by certain isotopes in proteins and cells, it was not possible to do this in a whole, live animal. This is because the heavy isotopes required for a detailed examination of a tissue are not naturally abundant and artificial enrichment was thought to disrupt biochemical processes.

Now, Melinda Duer and colleagues at the University of Cambridge, UK, have successfully enriched a mouse with heavy isotopes of carbon and nitrogen for the first time to compare its bone tissue with a lab-grown equivalent. They did this by feeding the mouse for 3 weeks with food enriched with the heavy isotopes and then used NMR to image the atomic structure of proteins in the mouse's bone tissue. ‘Heavy’ lab-grown bone tissue was created in a similar way to compare it with the mouse’s bones and tissues.

'I was blown away by the quality of NMR spectra we could obtain on real tissues,’ says Duer. ‘We quickly found that the general feeling that lab-grown tissues do not have the same atomic structure as native tissues was absolutely right. So then we used our NMR toolkit to understand the differences in terms of protein structure and composition and then devised a strategy to refine the way we grow the bone tissue in the lab so as to get to a more native-like tissue.'

Comparing how sugars bind with collagen in the space outside of mouse bone tissue cells revealed an unusual molecule. To their surprise, the team discovered it was poly(ADP ribose) (PAR), which was previously thought to only exist inside a cell as part of a DNA repair mechanism. This means PAR might provide the initial scaffold for bone mineralisation to occur – a discovery that could re-write textbooks.

'This is truly innovative work, enabling new insight into tissue growth and opens up a whole range of new applications for the study of living organisms and the development of better laboratory or in vitro synthesis,’ says Sharon Ashbrook, an NMR expert at the University of St Andrews, UK. 'It might ultimately be possible to improve tissue engineering for replacement therapies in humans.’