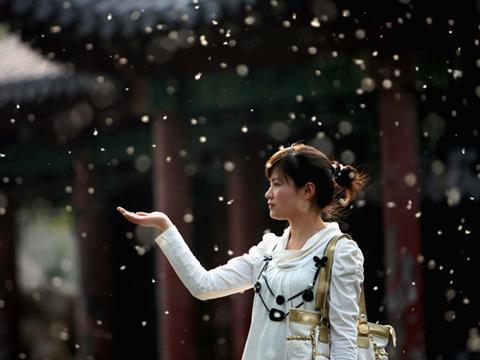 Experts in ‘fluff control’ are injecting plant hormones into some of Beijing’s poplar and willow trees to stop them flowering and producing as many catkins. The deluge of snow-like flowers shed by millions of female trees in the city each spring may be visually impressive, but they cause widespread annoyance, and in some cases respiratory problems.

Authorities have struggled to get to grips with the problem. Since 2001 only male poplars and willows, which do not produce catkins, have been allowed to be planted in Beijing. But this is not enough, and efforts have shifted to trying to stop the existing trees producing as many catkins.

There are two ways to do this: ‘sex change surgery’ involves removing the upper branches of female trees and grafting on males ones. This works well, but is time consuming and costly. This year, the main strategy being used is the injection of plant growth regulators, which is quicker, easier and about 10 times cheaper than a tree sex change. The injection, which was developed in 2007 by researchers at the Beijing Institute of Landscape Science, contains a cocktail of three plant hormones – gibberellin and the auxins napthyl acetic acid and indole butyric acid – all of which are growth promoters that inhibit flowering but encourage vegetative growth.

This year, a team of 20 will aim to inject around 15,000 trees in Beijing’s most densely populated areas. There are currently no plans for a more widespread assault on the blossoms.