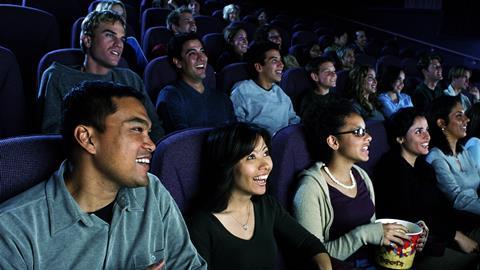 Ig Nobel for chemists who analysed the smell of cinema audiences

The 2021 Ig Nobel prize for chemistry has been awarded to a group of researchers who analysed the odours emitted by cinema-goers to try to determine the levels of violence, sex, antisocial behaviour, drug use and bad language in the films they were watching.

The team behind the work were presented with their award by Nobel laureate Barry Sharpless in an online ceremony. Sharpless noted that ‘research on smell is undervalued and it’s very important’, and explained that his experience memorising the smell of more than 3000 stockroom chemicals was pivotal in his development as a chemist – something that would likely be advised against today.

The Ig Nobel prizes have been awarded by the Annals of Improbable Research every year since 1991, recognising scientific studies that make people ‘laugh, then make them think’.

In a video describing the science behind the chemistry prize, Jonathan Williams, who leads a research group at the Max Planck Institute for Chemistry, Mainz, Germany, explained that the team used instruments ‘normally used to investigate the chemistry going on over the Amazon rainforest’, to measure the concentrations of volatile organic compounds and carbon dioxide in cinemas. The aim was to see if they could develop a data-driven method to determine the age rating given to different films. They concluded that isoprene spikes in cinema air were correlated with how shocking a scene is and might help determine what age rating a film should receive. The winners each received an Ig Noble trophy that they had to assemble themselves, and a counterfeit 10 trillion Zimbabwean dollar bill.

This year, Ig Nobels were awarded in 10 different scientific fields, including a transportation prize for research ‘determining by experiment whether it is safer to transport an airborne rhinoceros upside-down’. The medicine prize was awarded to a team of researchers from Germany and the UK who demonstrated that having an orgasm ‘can be as effective as decongestant medicines at improving nasal breathing’.

The biology prize was awarded to Swedish researcher Susanne Schötz, who analysed ‘meowsic’ (melody in cat–human communication) and other variations in vocalisations including purring, chirping, howling and hissing.