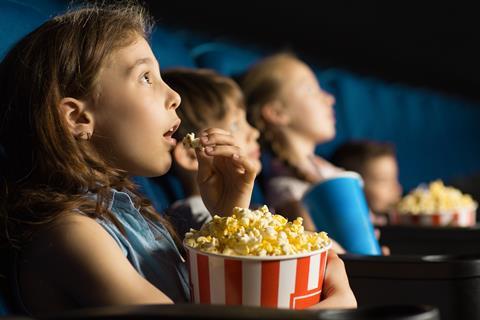 After discovering in 2016 that movie audiences emit more volatile organic compounds (VOCs) during stressful scenes, researchers from the Max Planck Institute for Chemistry in Germany have expanded on their work by developing a method that they claim can scientifically determine the appropriate age rating of films.

‘We have measured hundreds of chemicals in the air during screenings of [many different] films, and we have a good database as to how the general public reacts to various types of movie scenes,’ explains group leader Jonathan Williams. ‘We can see how the chemical composition in the cinema changes with different films that have different age ratings and classifications.’

In their latest research, the team analysed data on more than 13,000 audience members of various ages during 135 screenings of 11 movies. They connected a mass spectrometer to the cinema’s ventilation system to identify substances at the parts-per-trillion level, tracking changes in the air composition by taking measurements every 30 seconds. They then analysed the concentrations of 60 compounds in the cinema air, and came up with a model that compares the age classification of a certain film with the information they collected on the audience emissions of those chemicals.

Such metrics can help to gauge the appropriate age rating of a movie in situations where that designation is under dispute, Williams and his team suggest. Currently the age rating of movies is a subjective determination made by various entities in different countries, like the Motion Picture Association of America and the British Board of Film Classification.

‘If it is unclear why a particular movie got a certain age rating, we could at least use this method with a typical, representative audience of different ages, and see objectively if it deserves that rating,’ Williams tells Chemistry World. ‘We could use objective, scientific information to show which age category we think the film should fall into – in that way, our methods could be used as a support mechanism.’ The technique could also be useful for the movie industry, as films are edited to be accessible and appropriate for the desired target audience, he adds.

Williams’ team has concluded that the levels of the compound isoprene released by audiences is by far the most accurate predictor of the age rating of a film. This correlation wasn’t with the total amount of isoprene levels in the theatre, but rather the speed and magnitude of sudden increases. ‘During a particularly shocking scene, we would observe strong spikes in the isoprene signals, and then once the scene ended and…the stress is over, then it goes back down,’ Williams recounts. ‘These same peaks are reproducible across different audiences and from one day to another,’ he adds.

Plants produce and emit isoprene naturally, especially during photosynthesis, and the compound appears to help protect leaves from environmental stresses. Humans also naturally make isoprene, and it tends to get stored in their muscles. Williams posits that when somebody jumps or squirms in their cinema seat, that isoprene goes quickly into the blood stream and is vented out in the breath. ‘The more movement, the more isoprene,’ he says. ‘When you watch a scene that is uncomfortable, you tend to squirm empathically in your seat and twitch and nervously move, and the isoprene signal is more variable.’

George Preti, an organic chemist at the Monell Chemical Senses Center in Philadelphia, US, suggests that the VOC data should be combined with other measurements such as audience heart rates and self-reporting before it can be used. ‘This needs to be paired with other, independent measures of stress to see if the chemistry results were actually caused by a stressful film, or just from motion,’ Preti says. He notes, for example, that fidgeting could result from boredom and not necessarily either nervousness or stress.

Williams agrees that collecting information on other stress indicators would enhance his research, noting that this would be ‘a good way to improve the biological side of the study’.