STM pictures show ridges between xenon atoms, but are they linked to increased electron density?

Scanning tunnelling microscopy (STM) images that appear to show attractive van der Waals interactions between grids of xenon atoms could change the way scientists think about these tiny but vital forces. But the study, led by Wilson Ho at the University of California, Irvine (UCI), must first battle for widespread acceptance. 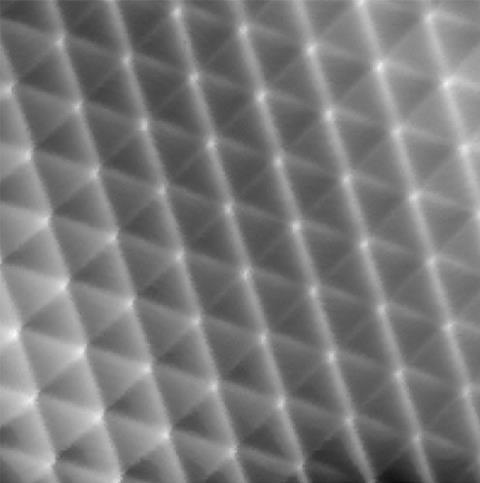 STM of xenon adsorbed to a silver surface using a tip with a molecule of carbon monoxide adsorbed to it produces a striking picture – but what is it measuring?

The group’s key images highlight the tops of ridges in ‘potential energy surfaces’. These are scans of interactions between a carbon monoxide molecule adsorbed onto an STM probe and the xenon atoms, which are connected by van der Waals forces. The ridges are similar to those seen when studying covalent bonds that hold atoms together by sharing electrons, Ho underlines, although they’re less curved. This points to ‘a shared basis for the historically different classifications’ of van der Waals and covalent bonding, he claims.

But Peter Liljeroth from Aalto University, Finland, counters that it is very challenging to ‘convincingly and quantitatively demonstrate’ that scanning microscopy methods probe additional electron density arising from bonding.

As xenon is a noble gas with a full electron shell, van der Waals forces arising from fluctuations in their electron clouds are the main electrostatic interactions its atoms experience. These attractive forces are strong enough to bind xenon atoms to silver metal surfaces and each other to form into regular patterns for Ho’s team to investigate.

The UCI scientists started by creating conventional STM images based on changes in electrical current passing through a probe tip scanning the xenon patterns. The team’s most striking images came with a carbon monoxide molecule on the STM tip, showing a detailed hexagonal grid with lines linking each xenon atom directly.

They then used an STM technique they developed in 2014, called the inelastic tunnelling probe (itProbe), again adsorbing a carbon monoxide molecule onto the STM probe tip. However, itProbe measures the carbon monoxide molecule’s vibrational energy, which changes according to the electrostatic potential in the scanned area, rather than current.

Tilting the burden of proof

Liljeroth has previously noted potential flaws in atomic force microscopy (AFM) to study bonding electron density using carbon monoxide tips. Both in simulation and experiment he and his colleagues have imaged lines where there is no bonding. They appear because nearby atoms can exert mechanical force on the tip, tilting the carbon monoxide and affecting the measurements. Typically the resulting lines run along the shortest path between two atoms – which is where the ridges occur in Ho’s team’s images.

The itProbe image ‘mainly stems from the electrostatic interaction of the carbon monoxide with the potential of the xenon lattice’, Ho asserts. ‘Changes in vibrational energy relate directly to the curvature of the potential energy surface and thus probe electron density because the curvature is proportional to the electron density,’ he says. Carbon monoxide tilting sharpens the images and ‘should not be considered as the sole origin’ of the ridges, the team writes in its paper. 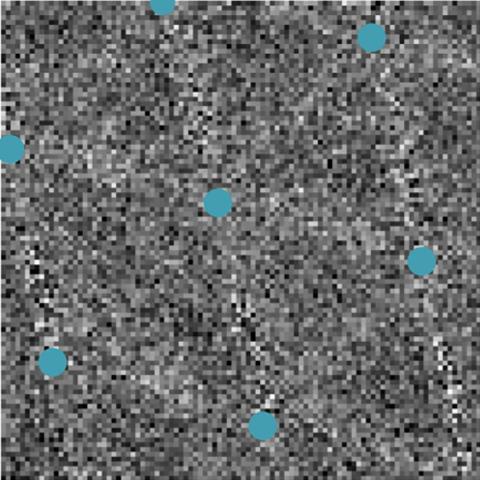 Although ‘the work is carried out carefully and the experimental data are impressive’, says Philip Moriarty from the University of Nottingham, the interpretation is ‘contentious’. ‘Before making a strong claim that van der Waals interactions have been imaged, there needs to be compelling evidence how the contribution of the charge density can be separated from the overall response of the probe,’ he says. ‘This is not covered in the paper. I remain sceptical.’

Ho’s team has conducted ‘technically very high quality experiments’, Liljeroth agrees. However, he highlights that by attributing the effects to bonding-linked electron density they argue that the ridges seen arise from effects beyond those considered by Liljeroth’s previous research. ‘I feel that the burden of proof should go the other way,’ Liljeroth says. ‘We need to demonstrate that there is signal from the extra electron density due to bonding and that this differs from the expected response simply based on nearby atoms with no bonding,’ he says. ‘It will be very difficult, but that is the challenge.’