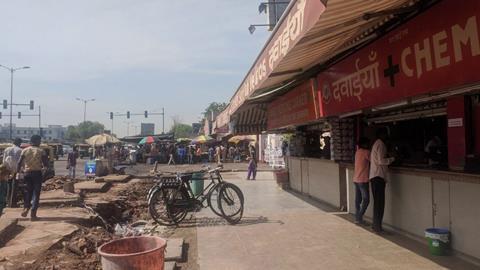 On 14 September, India’s health ministry banned the sale and distribution of 328 fixed dose combination (FDC) drugs, with immediate effect. The government asserts that there is no therapeutic justification for these cocktail medicines, and that their consumption could involve risk to human health.

Days later, under petition from drug companies, India’s supreme court partially overturned the order, allowing continued sale of three specific FDCs. A group of manufacturers, including Wockardt, Lupin, Glenmark and Macleods, also won a ruling from the Delhi high court that stock already in distribution should not be subject to immediate enforcement, but that manufacturers should cease production of the banned products.

FDCs are cocktails of two or more active drugs, formulated into a single product, including cough syrups, painkillers and cold remedies. They reportedly contribute around half of sales in India’s domestic pharmaceutical market. However, regulation of such products is very light, and health groups have been applying pressure on the government to eliminate unproven and potentially harmful combinations from the market.

In March 2016, the government attempted to ban 344 FDCs but the ban was contested and eventually overturned. In December 2017, the supreme court referred 349 FDCs to the Drugs Technical Advisory Board (DTAB) for examination, which confirmed the lack of therapeutic justification for ingredients of 328 products and recommended the present ban.

However, manufacturers including Wockardt contend that they have not been permitted to respond to the DTAB reports, and are seeking reversals for some popular products. The supreme court’s ruling has exempted GlaxoSmithKline’s Piriton cough syrup (containing chlorphenamine, ammonium chloride and sodium citrate), as well as two formulations of the painkiller combination of propyphenazone, paracetamol and caffeine: Piramal’s Saridon and Jagdale’s Dart. Wockardt is pushing to reverse the ban on its painkiller combination of aceclofenac, paracetamol and rabeprazole.

Notwithstanding the legal interventions from drug companies, the health activists who have campaigned for the ban remain skeptical. ‘The ban is not going to make much of a difference’, says Amit Sengupta, national convenor for Jan Swasthya Abhiyan (People’s Health Movement).

Sengupta says the framing is fundamentally flawed. ‘The order should have said only such and such combinations are allowed, while others are not’, he says. Instead, it prohibits specific combinations, so if manufacturers replace one of the specified ingredients, it escapes the ban. Several companies have already begun doing just that.

‘Our estimate is that one fourth of the market is full of harmful and irrational drugs which must be weeded out’, says Malini Aisola, co-convenor of the All India Drug Action Network. The implicated brands make up less than 2% of the market by value, she says.

‘The companies are actually waging an open war because they are worried about setting precedents’, says Aisola. ‘Its like opening a can of worms. Their worry is, if the government succeeds in banning a number of them now, what comes next?’