The pressure for researchers to publish or perish appears to be harming innovation in biomedicine and chemistry, according to research spearheaded by sociologist Jacob Foster from the University of California, Los Angeles (UCLA). Foster and his colleagues examined more than 6.4 million biomedicine and chemistry publications from all over the world dated 1934 to 2008, and found that more than 60% of the papers had ‘no new connections’ but instead were primarily built on previous work. 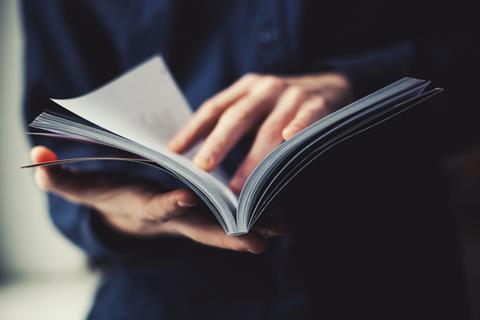 The UCLA research team argues that researchers are facing tough choices between publishing papers and being innovative. They say scientists are more likely to get their work published by following a conservative strategy and adhering to a research tradition in their domain, but while remaining visibly productive they forgo opportunities for originality.

Foster and his colleagues examined the ‘network’ of relationships between various chemicals under study, and tracked more and less extreme forms of innovation in the literature. Specifically, the UCLA-led team assessed innovation by looking for ‘jumps’ in which such relationships examined in the papers involve a chemical that has never appeared before in the same year. They also searched for ‘new’ consolidation and bridges that involve a new relationship between two chemicals that has appeared before within the same year, as well as ‘repeat’ consolidations and bridges that reconnect chemicals that already have been linked within the same year.

The team discovered that ‘repeat’ strategies, which correspond to traditional research approaches, were six times more frequent than ‘new’ or ‘jump’ strategies, which correspond to innovation – about 86% compared to 14%. In addition, ‘new’ bridges and new consolidations were more common than ‘jumps’ by roughly the same proportion – about 12% versus 1.8%.

‘If people aren’t trying to push the frontiers, if they are just very conservatively working out the details of some established thing … then you lose that momentum and end up with something that is kind of stale, or maybe even dead,’ Foster tells Chemistry World. ‘If you aren’t striking out in new directions and looking in new places, you end up stuck where you started out.’

Foster says he was surprised by how much ‘traditional work’ is going on in chemistry and biomedicine, and says that the reward systems in academia are partly to blame. One way to address the issue is by ‘rejiggering the evaluation system’ so that producing occasional high quality scientific papers is an acceptable trade-off for reliable quantity, Foster suggests.

Co-author Andrey Rzhetsky, a University of Chicago geneticist, proposes additional solutions such as publishing all negative research results to change the culture, and ensuring that funding agencies incentivise researchers to pursue unexplored areas. ‘It takes an external force to lead people to unexplored areas, and that can be addressed through funding,’ Rzhetsky says. ‘It is much easier to stay in well-established areas.’

Nevertheless, Foster emphasises that so-called ‘traditional’ studies are useful in their own right and can lay the groundwork for discoveries. ‘Often working out the details of established knowledge can provide a pathway for innovative discoveries to occur,’ he notes.

Foster cautions that although his team has developed ‘a pretty strong probe of novelty’, there might be lots of ground-breaking work in the field that his team didn’t capture because of the proxy that they used to assess innovation. He expresses hesitancy about broad policy prescriptions to bolster innovative research, suggesting that they could end up inadvertently slowing down science.

Peter Murray-Rust, a chemist at the University of Cambridge, UK, agrees that publishing pressure harms science, both innovative and traditional. ‘People are rushing to publish and often are not taking time to consider what they are publishing and how they are publishing,’ he says. However, he also says that traditional, conservative science should not be dismissed. ‘A large amount of modern chemistry is built on the chemistry of the last 100 years,’ he states. ‘It is important to use the existing literature to calibrate whatever it is that you are finding.’