Intrigue at the top of the US’s Chemical Safety Board

A political drama continues to be played out at the US Chemical Safety Board (CSB), the federal agency charged with investigates serious industrial chemical accidents in America. The board’s managing director, who has been on paid administrative leave for the past five months pending an internal investigation for ‘possible misconduct,’ has just received a notice of his proposed termination. 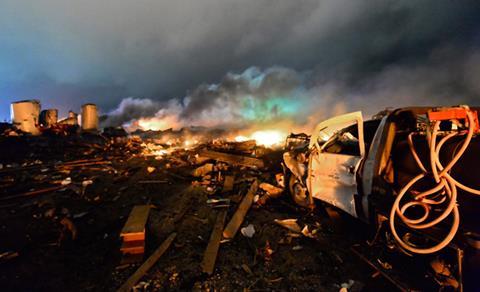 In 2013, the Chemical Safety Board investigated an explosion at a fertiliser plant in Texas. It has launched no new

Daniel Horowitz has been banned from entering the CSB offices or speaking with its staff since 16 June, according to his representatives. He has been under investigation for questionable activities that were primarily raised in a House Republican committee staff report that was released back in June 2014.

In March, the board’s former chairman, Rafael Moure-Eraso, resigned under growing pressure from Congress and the Obama administration. Allegations had been made of mismanagement and misuse of private email. But the controversy didn’t die with Moure-Eraso’s departure. In June, both Horowitz and the board’s general counsel, Richard Loeb, were put on administrative leave pending an internal investigation.

Horowitz’s suspension was slated to end on 16 November, but he was told to remain home for another day and await ‘clarification’ of his status. The same day he received official notice of his dismissal. The reason cited for sacking Horowitz is ‘conduct unbecoming a federal employee’, including creating the ‘appearance of a retaliatory act’, as well as improperly accepting a promotion and failing to ‘create a strategy for attracting new hires’.

The Public Employees for Environmental Research (Peer), a non-profit environmental protection organisation that will provide legal representation for Horowitz to challenge his removal, argues that he was sacked because congressional Republicans put pressure on the CSB’s relatively new chair, Vanessa Sutherland. Peer, which is based in Washington, DC, says there have been no findings of retaliation involving Horowitz.

The proposal to terminate Horowitz came from the CSB’s newest board member, Kristen Kulinowski, who joined the board in August. Because Kulinowski and Horowitz never actually worked together, some observers assume that her action reflects Sutherland’s will and sentiments.

By focusing on internal disputes, the CSB is becoming irrelevant to improving the safety of America’s chemical plants

Peer plans to officially respond to the proposed termination by 4 December, and the organisation will also request an oral presentation before Sutherland. If Horowitz’s termination is confirmed he could challenge the decision through the civil service court system. Because there is no strict timetable, the process could go on for years.

Loeb is being represented by Washington, DC, employment discrimination lawyer Lynne Bernabei. She says that ‘privacy reasons’ prevent her from revealing whether or not Loeb has also received a proposed termination notice.

In the meantime, results from a new employee survey indicate that morale at the CSB has continued to fall. The survey – taken between 5 May and 12 June – shows that morale of the board’s employees and their engagement was lower after Moure-Eraso’s ousting than during any of the more than four years of his tenure. ‘By focusing on protracted internal investigations into petty, stale disputes, the Chemical Safety Board is becoming increasingly irrelevant to improving the safety of America’s aging oil and chemical plant infrastructure,’ Jeffrey Ruch, executive director of Peer, warns.

The CSB has been criticised for not opening any new investigations into an estimated 19 industrial chemical accidents that have taken place in the US since March. However, Sutherland has said that the board is busy completing multiple ongoing investigations and working to clear the backlog. She has also argued that ongoing problems related to capacity, workload and budget issues have prevented the CSB from launching any new investigations since was installed at its helm.