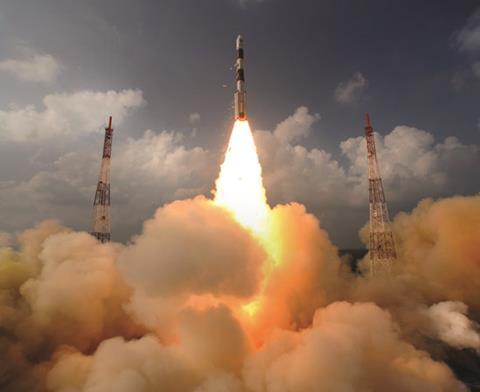 India faces a shortage of 13 critical raw materials needed to feed its growing economy over the next 15 years. If action is not taken to prospect for them domestically then India will become heavily dependent on China to meet its needs. According to the report from the Department of Science and Technology (DST), these materials will be vital if India is to transition into a high-tech manufacturing economy.

The critical raw materials include a number of elements such as rhenium, germanium and rare earths, as well as minerals such as limestone and also graphite. While limestone for cement and graphite for electronics are currently abundant in India, they are deemed ‘critical’ because extractable resources could dwindle in the near future. All major green technologies depend heavily on rare earths thanks to their unique magnetic and electrochemical properties. India has some deposits of mainly lighter rare earth elements but must import heavier rare earths. India is also completely dependent on other countries for rhenium, used to produce super-alloys for the aerospace industries, and also germanium, used in electronics.

The study focuses on elevating India’s manufacturing capabilities by 2030 in a ‘range of industries and modern applications’ such as aerospace, electronics, defence and nuclear energy. India’s Council On Energy, Environment And Water says these minerals also play a role in ‘nurturing the domestic manufacturing capacity to support the government’s low-carbon plans’, such as the 100GW solar power target, faster adoption and manufacturing of hybrid and electric vehicles, and the efficient lighting programme.

The DST report also stresses the need to cut India’s reliance on raw material imports. Currently, India has no reserves for the majority of the critical raw materials highlighted and, over the coming years, ‘may be heavily import-dependent on China’ for a number of them. To meet its requirements for these vital raw materials, India needs to improve trade with a number of countries, including China, Brazil, the US and Russia, the authors note.

Balvinder Kumar, secretary of the ministry of mines, said the study will be extremely useful for framing policies that deal with national security and high-tech manufacturing. The report comes hot on the heels of the government’s new National Mineral Exploration Policy, which aims to accelerate exploration for raw materials with the help of the private sector.