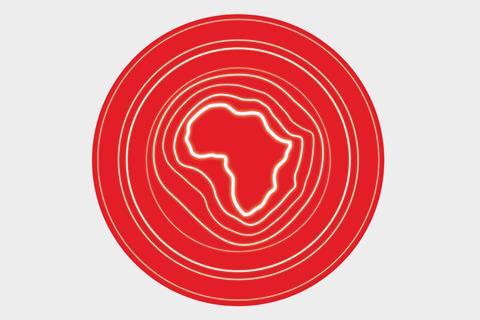 Delia Haynes, a chemist at Stellenbosch University’s department of chemistry and polymer science in South Africa, was elected the first president of the newly established AfCA. ‘We will achieve [AfCA’s] objectives in a number of ways, including organising meetings, promoting crystallographic research and educational activities and awarding prizes,’ says Haynes. ‘We also aim to be a voice supporting the development of science in Africa.’

Haynes says AfCA will prioritise developing communities – communication between crystallographers, supporting the formation of crystallography societies in countries across Africa and organising meetings such as the Pan-African Conference on Crystallography.

Africa had its first Pan-African Crystallography conference in Dschang, Cameroon in 2016, followed by one in Accra, Ghana in 2019. The 2023 meeting is set to be in Nairobi, Kenya.

‘The establishment of the African Crystallographic Association is good for the African continent,’ says Walter Oyawa, governing board member of the International Science Council. It seeks to promote mobility of researchers, networking and information exchange among crystallographers in Africa and beyond, Oyawa adds.

The inauguration of the association is expected to trigger a multi-disciplinary and multi-sectoral approach to research, technology and innovation development in Africa in the wake of the Covid-19 pandemic, says International Union of Crystallography (IUCr) president, Hanna Dabkowska. Crystallography has numerous applications in the mining industry, agro-processing industry and pharmaceutical companies making it important for the continent, she adds. Dabkowska envisages a future where African crystallographers will find high quality jobs in these sectors.

Previously, African crystallographers were part of the European Crystallographic Association. The formation of the AfCA is a landmark moment in crystallography in Africa and recognises the importance of the continent to the IUCr, Dabkowska says.

At the next IUCr congress and general assembly in Melbourne in 2023, AfCA will hopefully be formally recognised as the newest regional associate.

As well as being a crystallographic scientific community, IUCr is also a not-for-profit publisher. ‘As we are not-for-profit, any surplus of income is invested into supporting young people around the world, especially in developing countries, who want to learn and practise crystallography,’ says Dabkowska.

Since 1999, scientists and several international and African science bodies have made concerted efforts to develop crystallography in Africa. This has culminated in a student support and training programme known as OpenLabs.

The IUCr has previously partnered with Unesco and equipment manufacturers to deliver OpenLabs to a range of countries, many in Africa, training participants in crystallography, experimental work and how to publish in an IUCr journal.

‘The growth of science and technology in Africa are vital to develop the continent’s remarkable potential,’ says Haynes. ‘Crystallography has a key role to play in this, and could provide solutions to many of our continent’s problems.’

There has been a focused effort to acquire research infrastructure in a number of African countries, says Haynes, adding that diffractometers have recently been installed at universities in Cameroon and Côte d’Ivoire. Plans are now in place to install similar infrastructure in Togo and Mauritania too.

‘African governments must support science and in particular crystallography through the provision of infrastructure and equipment that is needed to carryout meaningful research,’ says Gift Mehlana, the AfCA secretary who is based at the Midlands State University in Zimbabwe.