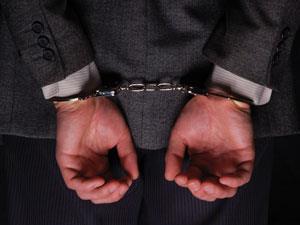 A leading environmental chemist has been jailed for embezzling money earmarked for research in China. The news comes amid a funding surge in China that once again raises questions on the best way to distribute research funding and monitor how it’s used.

On 7 January, Chen Yingxu, a professor at Zhejiang University and director of the university’s Institute of Environmental Science and Technology, was sentenced to 10 years in prison for embezzling Yuan9.45 million (£950,000) from a large national water pollution project that he chaired. The total funding for the project is up to Yuan313.5 million, with Yuan105 million coming from the central government.

Chen, an environmental chemist famous for his research on heavy metal pollution and remediation, was convicted of illegally transferring the money to two companies he controlled. Dai Menghua, his lawyer, said that as Chen returned the money before the project was audited, his sentence was too harsh.

Chen is not the first scientist to be convicted of corruption, but this is the largest amount ever embezzled from research funds. In October 2013, the Beijing supreme court upheld the conviction of Duan Zhenghao, a leading geological scientist at the Chinese Academy of Sciences, who was sentenced to 13 years in prison for embezzling more than Yuan1 million. Duan was subsequently found to have used the research money to finance a luxury lifestyle and extramarital affair.

Experts on China’s science policy have recently warned in Science that the country’s soaring research funding, which surpassed Yuan1 trillion in 2012, presents a huge management challenge for the authorities. ‘One major issue is funding from different channels is concentrating around leading elite scientists,’ says Cong Cao, lead author of the study at the University of Nottingham.

Transparency in awarding research funding needs to improve, Cao tells Chemistry World. He adds that Chinese science minister Wan Gang and the National Natural Science Foundation of China (NSFC) have both introduced measures to improve the monitoring of research funding.

But mega projects with huge price tags are on the increase in China. The project Chen was chairing is part of the gigantic Water Pollution Prevention and Control Scheme, which is one of nine science and technology programmes that have combined funding of Yuan690 billion between 2006 and 2020. With these programmes, the Chinese government hopes to realise its dream of becoming a world science leader in sectors ranging from space technologies to drug development.

In contrast to NSFC’s basic science projects, which have clearly defined scientific goals, government science officials have a much stronger voice on these gigantic projects, deciding where the money goes and who receives it. They can form interest groups with elite scientists for personal gain, says Fang Shimin, a leading Chinese science columnist who writes about scientific fraud and corruption. ‘Arresting scientists is not enough to fight corruption. The officials behind the possibly corrupted projects must be exposed and punished too,’ Fang tells Chemistry World.