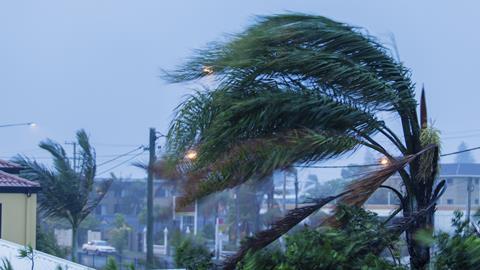 As inhabitants begin to rebuild their lives after the devastation of hurricane Maria, the island’s drug manufacturers are recovering slowly

Puerto Rico is a hub of pharmaceutical manufacturing, and the devastation wrought by hurricane Maria has affected that industry, although it remains to be seen how badly. The storm battered the US island territory with sustained winds of up to 155 miles per hour. As of 4 October, 95% of the island remains without electric power, many roads are still impassable and only about 45% of residents have access to drinking water.

Pharmaceutical manufacturing was Puerto Rico’s largest export in 2016, comprising 72% of the island’s exports. The US sold more than $57 billion (£44 billion) worth of pharmaceutical products abroad in 2016, and Puerto Rico was the top exporter, making up more than 25% of that total.

There are more than 50 registered pharmaceutical facilities on the island, which produce several of the world’s top-selling drugs, says Mark Schwartz, a director at law firm Hyman, Phelps and McNamara in Washington, DC, and former deputy director for compliance and biologics at the US Food and Drug Administration (FDA).

With relatively little information coming out of the companies, it is hard to determine whether drug manufacturing capacity in Puerto Rico is coming back online. Schwartz says his greatest concern is not the island’s power supply, but rather a lack of human resources, since the lives of the people who staff the plants have been devastated.

‘They are focused on getting food and water for themselves and their families,’ Schwartz states. ‘I don’t see that changing significantly over the next several days or weeks,’ he continues. ‘I see that as a real problem for pharma in Puerto Rico, even if the power is back on.’

Some sites are restarting operations on backup generators, and the bigger multinationals have diverted manufacturing of some products elsewhere. Bristol-Myers Squibb (BMS), for example, has resumed limited operations to ship products from its warehouses in Puerto Rico, while it works to repair damage to the roof of its plant in Humacao.

‘As of today, no product supply impact is expected. However, we continue to assess the challenging operational conditions on the island,’ stated company spokesperson Ken Dominski.

Meanwhile Pfizer, whose three manufacturing sites on the island all sustained some damage, said it has a ‘healthy supply of finished goods’ available for patients and does not see a risk to patient supply.

Likewise, AbbVie is running its facilities on generator power, with teams working to restore normal operations. The company does not expect any patient impact as a result of the hurricane.

Johnson & Johnson employs roughly 3600 people at its seven Puerto Rican plants. ‘Overall, our facilities fared very well given the magnitude of the storm, and we’ve begun to restart some operations under generator power,’ said spokesperson Ernie Knewitz. The company is closely monitoring its product inventory levels.

The head of the FDA, Scott Gottlieb, has warned that the damage caused by Hurricane Maria in Puerto Rico could lead to ‘critical shortages’ of some key medicines. He has directed his staff to create a hurricane shortages task force that can identify potential issues and develop solutions.