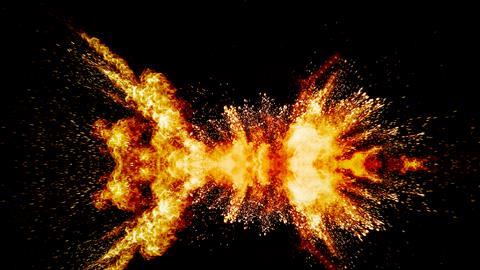 Ultra-uniform nanodiamonds – which have important applications in areas like drug delivery, sensors and quantum computer processors – have been made without resorting to explosions. The work was presented at the American Chemical Society’s spring conference held virtually and in-person in San Diego, US.

The traditional way of growing nanodiamonds is by detonating an explosive like TNT in a sealed stainless-steel container. The blast turns the carbon in the explosive material into tiny diamond particles. However, this detonation is crude and difficult to control, and it produces diamonds of uneven size.

‘This an extremely violent and uncontrolled process, and it also means that a lot of the things that we don’t want in a diamond that are present in the explosives end up in the diamond,’ explained Hao Yan, the project’s principal investigator at the University of North Texas in the US. ‘So, you have a lot of uncontrolled defects and impurities, and you end up more with a pile of soot than the diamond that you imagined. From a chemist’s perspective, we would like to develop a method that is a lot more controllable.’ 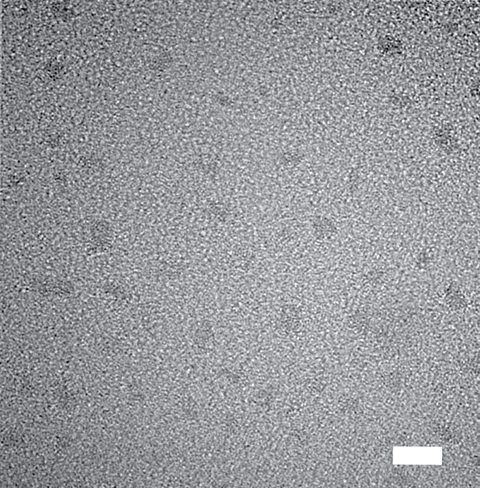 Yan and his team realised that diamonds are formed in the Earth’s mantle where there’s a lot of iron–carbon compounds, including carbides and carbonates, and that diamonds grow when iron carbide reacts with iron oxide. Therefore, they designed a chemical process to mimic the environment found beneath Earth’s surface.

The researchers created uniform iron carbide nanoparticles and then dotted them throughout an iron oxide matrix. They then placed this in a high pressure and high temperature environment. The compounds reacted to create very uniform nanodiamonds, which were 2nm wide with differences of less than 1nm between them.

The technique could also be used to create beneficial single-atom defects in otherwise perfect crystals. In fact, these materials can be even more useful when they have imperfections like vacancies in the diamond structure such as replacing neighbouring carbon atoms with elements such as nitrogen.

One of the most exciting aspects of this work is that it demonstrates the possibility of controlling diamond growth, Yan explained. ‘This is a material that you cannot synthesise in beakers because it requires a high temperature and high pressure conditions’, he said. ‘But what we show here is that there is still room for the rational design of chemistry to come in and guide us in the making of this nanomaterial with precision.’

The work Yan’s team has done is on the lab scale, but he says the conditions that would be used to make these nanodiamonds are similar to those used by the gemstone industry. The only difference is the precursor that is used. ‘So, to scale this reaction up, all the infrastructure is really already there,’ Yan said. His team is already in contact with researchers and industrial partners to try to prove that the method they have developed can be scaled up to produce gram and even kilogram quantities of uniform, high quality nanodiamonds.

‘This is a great idea to use metal carbides to synthesise nanodiamond materials at natural, equilibrium conditions,’ says Peter Pauzauskie, a professor of materials science and engineering at the University of Washington in the US who was not involved in this research. ‘It is particularly appealing if the authors are aiming to dope their nanodiamond materials with magnetic point defects based on the various oxidation states of iron.’ Nevertheless, he notes that many applications in quantum sensing require nanodiamonds that are free of defects that contain nuclear or electronic spins, so the materials created may require subsequent processing to remove iron atoms from their surface, similar to detonation nanodiamond materials.

Pauzauskie also notes that he cannot yet conclude from the transmission electron microscopy images that the authors have indeed made diamond. ‘It would be terrific if they could include electron diffraction, x-ray fluorescence, and/or electron-energy loss spectra to detect the second gap in diamond’s electronic density of states at ~302 eV,’ he says. ‘I’ve seen several papers published claiming to have synthesised nanodiamond, when in fact the authors have made metallic nanocrystals (copper, iron, etc) and not nanodiamond.’