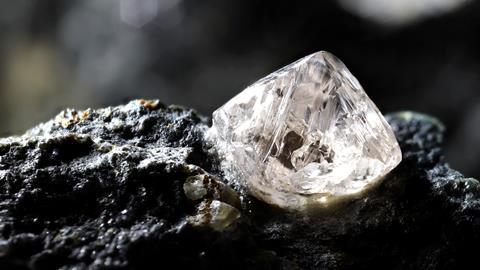 Scientists have uncovered a new facet to diamond formation: electric fields deep in the Earth’s mantle that trigger crystallisation. Apart from extreme temperatures and pressures, chemically induced voltage gradients might also play a part in diamond formation from molten rocks.

Most natural diamonds were formed billions of years ago in Earth’s mantle, deep below the surface. Most come from depths of around 200km, though some originate from as deep as 800km. They crystallise from elemental carbon formed through redox reactions in the partially molten rock mixture in the mantle. 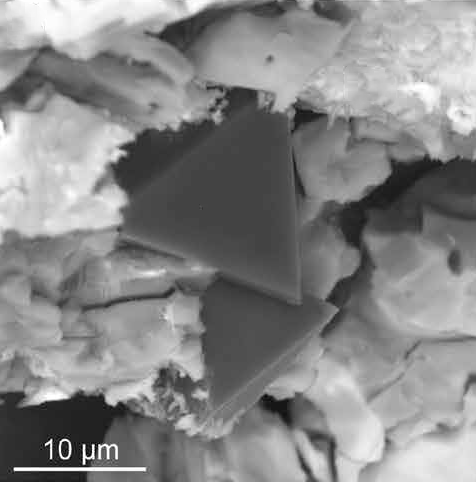 But exactly what drives diamond formation remains unclear. A team of researchers in Russia and Germany now suggests electric fields might be the key to diamond crystallisation, a reaction condition that had never been considered before.

The scientists subjected artificial mantle melts – a mix of carbonate-rich minerals – to pressures of up to 7.5GPa and temperatures up to 1600°C inside specially built electrochemical cells. Only when they applied an electric field of around 1V did they see graphite and diamond formation at the cathode. The synthesised diamonds showed similar characteristics to natural diamonds in that they had an octahedral structure and high nitrogen content.

In the mantle, the voltage difference is likely caused by movement of melts and fluids with high electrical conductivity, as well as other redox reactions – although little is known about how strong these electric fields might be. The electric field, the team proposes, is responsible both for the reduction of carbonates to carbon and for triggering the diamonds’ crystallisation.