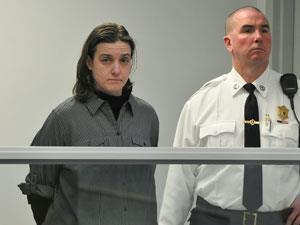 More than 300 convicted inmates have been released from Massachusetts state prisons in the US as a result of the September 2012 arrest and subsequent prosecution of Annie Dookhan, who worked in a Department of Public Health state laboratory and allegedly falsified evidence used in criminal cases. Now the scandal has grown with the prosecution of another Massachusetts state lab chemist for tampering with evidence and stealing drugs seized as evidence.

Sonja Farak, who worked at the Massachusetts State Crime Laboratory in Amherst, was charged with tampering with four drug samples stored at the lab on 1 April. In two of the cases, authorities allege that Farak mixed drug evidence samples with counterfeit drugs to hide her theft, and in the two other cases the samples could not be found. She was also charged with cocaine possession.

Attorney general Martha Coakley said that Farak – who was originally arrested in January, just months after the Dookhan scandal broke – ‘violated the trust placed in her’.

‘Every case she handled now has a huge question mark around it,’ says Josh Lee, a criminal defense attorney and founding partner of law firm Ward, Lee and Coats. ‘Such an individual is not going to be concerned with good laboratory practices or proper evidence handling and testing,’ he adds.

If Farak was adulterating drug samples to cover up her theft, as she is accused of doing, then that could have influenced the weight of these samples and changed the crime that suspects were charged with. ‘Changing weights changes crimes and can, for example, elevate something from drug possession to drug trafficking,’ Lee notes.

Farak once worked at the same lab as Dookhan – the William Hinton State Lab in Jamaica Plain, Massachusetts. That lab has been closed since August, while the Amherst lab was closed in January, pending further investigations.

The fact that both Dookhan and Farak were employed at Hinton Lab indicates a ‘systemic problem’ with that particular facility, but the failings are broader, according to Lee. ‘It is a bigger problem than just Massachusetts, or just this particular lab,’ he tells Chemistry World.

A chemist should be completely independent and not forced to answer the commands of the head of a police department, Lee states. ‘They need to get these labs out from under the control of law enforcement,’ he says. In addition, he says that all work in forensics labs should be videotaped to prevent similar scandals, and even stop forensic scientists from cutting corners.

Lee says the field of forensic science is still a ‘wild, wild west’. He says the procedural safeguards in place in other scientific fields, like genetics, are lacking in forensics because it was created to serve law enforcement.

While Lee says it is relatively common to see errors and improper validation of tests at forensic labs, Michael O’Keefe, the president of the Massachusetts District Attorneys Association, disagrees. ‘This is very rare,’ O’Keefe says. ‘I have been a prosecutor in Massachusetts for over 30 years, and have never seen this before.’ He notes, however, that the Dookhan and Farak cases do highlight the difference between Massachusetts state police crime labs and those under the state’s Department of Public Heath, like Hinton and Amherst once were. He describes the latter as lacking ‘rigorous forensic accreditation’.

The Massachusetts state police took over Hinton and Amherst labs in July 2011, and a spokesman suggests to Chemistry World that this change is why Dookhan and Farak were charged.

The repercussions of these two cases could be huge. The questions raised about Dookhan’s work led to the review of 534 cases. The Republican, a Massachusetts newspaper, reports that lawyers for 11 men serving drug crime sentences have already petitioned a judge for their temporary release because of Farak’s involvement in their cases.