The life sciences sector has been gripped by a mergers and acquisition frenzy, and it looks set to continue. But what does it mean for the industry?

In August, the world’s media jumped on the news that the US Food and Drug Administration had approved the female sexual desire drug Addyi (flibanserin) – a pink pill manufactured by Sprout Pharmaceuticals to treat low libido in women. Just days later, Sprout had agreed to be acquired for $1 billion (£640 million) by Valeant Pharmaceuticals. This wasn’t a surprise move: Valeant has a reputation for being a serial acquirer. The Sprout transaction adds to its collection of more than 140 acquisitions, license deals and co-promotion agreements completed since 2008.

It won’t be Valeant’s last acquisition either, as Laurie Little, the firm’s senior vice president of investor relations, tells Chemistry World. ‘Acquisitions will continue to be an important part of Valeant’s growth strategy, and we still see many attractive market opportunities.’ It’s an attitude that has led to a company with a strong portfolio of diverse pharmaceutical products and a robust pipeline covering areas from dermatology to gastrointestinal disorders – and now, women’s health. 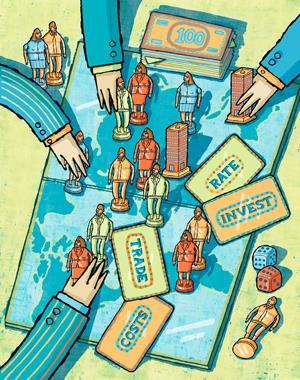 Cheap financing, among other factors, is allowing companies to stock their drug pipelines through acquisitions

Valeant isn’t the only life science company to bolster its business from mergers and acquisitions (M&A). For the first half of 2015, the total value in pharma M&A topped $221 billion, beating the $162 billion total for the whole of 2014. ‘Each morning, one wonders what the headline deals will be,’ says Laura Vitez, senior deals analyst at intelligence firm Thomson Reuters. ‘We are averaging more than one life sciences acquisition per day.’

The frenzied level of transactions is being driven by a number of factors. One influence is the availability of cheap financing – particularly in the US where interest rates have been low, and M&A activity here has been higher than other countries. Several firms also sought ‘tax inversion’ deals, to escape high corporate tax rates in the US by merging with foreign firms and transferring their official headquarters. US authorities have clamped down on such activities – a result of Pfizer’s attempted takeover of AstraZeneca in the UK – which has stymied several bids, most notably AbbVie’s £32 billion offer for Shire.

But cheap money is just part of the equation. The sector has, to some extent, been waiting for this flurry of activity, says Geraldine O’Keeffe, partner at specialist healthcare investor firm Life Science Partners. ‘It was thought that big pharma would buy its way out of the patent cliff crisis [as patents expired] but this did not happen to the extent predicted.’ Now that companies have restructured following patent expiries, and in line with cost pressures facing healthcare systems, the focus has moved to M&A to help fill pipelines, she says.

Meanwhile, balance sheets are healthy and a new life science middle-class has developed with a strategic focus on dealmaking as a path to the future – seen with Valeant and fellow serial acquirer Allergan (formerly Actavis) – where assets are bought in at a premium and in-house R&D activities are scaled down. For larger players, there are also concerns such as how to handle foreign cash reserves, tax efficiencies, domicile of intellectual property and access to technology and academic sites, adds Eva Haas, a consultant at advisory firm Hume Brophy. All in all, the need for growth in the sector is strong and M&A is seen to be part of the solution.

The M&A fever is such, however, that valuations have ballooned. Although there were marginally fewer deals in the first half of 2015 (304) than the same period last year (308), the total deal value was more than three times higher – $221 billion in 2015 versus $69 billion in 2014 – according to a Thomson One and KPMG analysis. The top acquisition so far this year was generic maker Teva’s purchase of Allergan’s generics business for $40.5 billion, while Shire recently made a $30 billion unsolicited bid for Baxalta, the new biotech spin-off from Baxter, and AbbVie snapped up Pharmacyclics for $21 billion. There is significant competition for good assets, says Vitez – prompting bidding wars for Salix Pharmaceuticals and Allergan – as well as ‘a nagging fear of missing out’, which is pushing valuations up. But, notes Vitez, ‘I generally don’t like to say a company has paid too much for an asset, because if they are doing things right they are not paying too much for them’.

But some people – notably GlaxoSmithKline’s chief executive Sir Andrew Witty – have questioned the logic behind some of the deals with large price tags. In an interview with the Financial Times, Witty said some companies were paying over the odds for targets resulting in ‘poor choices’ that would not generate return on investment. Talking to Chemistry World, Valeant’s Little says the firm’s investment decisions are based on creating value for shareholders and Valeant’s policy is to exercise discipline when pursuing acquisitions. ‘If an asset is worth more to someone else, they should own it,’ she says.

Price tags aside, there are several trends emerging, most notably the consolidation of generic drug manufacturers. Israeli giant Teva is leading the way – its $43 billion bid for rival Mylan was rejected, so it moved on to snap up Allergan’s generics business. Mintoi Chessa-Florea, global head of healthcare coverage at M&A specialist Mergermarket, says the move to buy Allergan’s generics unit makes strategic sense for Teva, creating cost savings and tax synergies of approximately $1.4 billion annually. ‘The risk of a drawn out transaction and lack of cultural fit was always questionable for a Teva–Mylan combination,’ she says.

The news that Allergan was divesting its legacy Actavis generics business to Teva came as a surprise, since the firm had not been actively seeking a buyer. But the move now allows Allergan to focus on its branded pharmaceuticals.

Divestments, such as this, are a recurring theme across the pharma M&A space and highlight the push to refocus and concentrate portfolios in particular therapeutic areas, says Chris Stirling, global head of life sciences at consultancy KPMG. For instance, Merck & Co carved off its consumer health unit to Bayer at the end of last year, while GlaxoSmithKline and Novartis swapped oncology and vaccines portfolios earlier this year in a massive deal worth over $20 billion. Since then, GSK has sold its meningitis vaccines to Pfizer, its over-the-counter brands to Perrigo, its Australian opiates business to Sun Pharma, and even toyed with the idea of selling off a portfolio of older drugs and its stake in HIV firm ViiV Healthcare (which it later decided to retain). The result of divestment has lead to more focused companies with smaller overheads, says O’Keeffe. ‘It has also left them with leaner R&D divisions, which is contributing to the increased need for deal making,’ she adds.

Fortunately, there is a lot of progress at a scientific and clinical level that will bolster these pipelines and, as a result, the amount of clinical-stage deal making has revved up. This is particularly true for cancer and orphan drugs. For instance, in oncology, AbbVie has gained access to blood cancer drug Imbruvica (ibrutinib) through its $21 billion acquisition of Pharmacyclics. This purchase will also reduce AbbVie’s dependence on rheumatoid arthritis blockbuster Humira (adalimumab), whose patent expires next year. 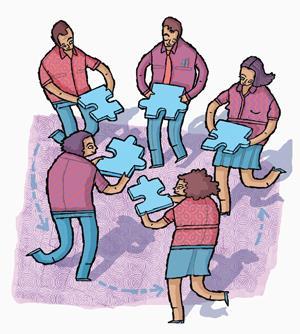 The success of new Immuno-oncology drugs has also prompted a flurry of activity, as companies race to be part of the revolution in cancer care, buying up entrepreneurial biotechs focused on this area of boosting the immune system to fight cancer. For instance, Merck recently paid $95 million for cCAM Biotherapeutics, while Bristol-Myers Squibb bought Flexus Biosciences for $1.25 billion. As clinical trials increasingly test combinations of immuno-oncology agents, Vitez says more collaborations are being entered into, ‘sometimes leading to an acquisition’.

An increasing number of acquisitions are also occurring at Phase II clinical trial stage, or even earlier, before products have been approved by regulators. This was seen with Alexion Pharmaceuticals’ $8.4 billion acquisition of rare diseases firm Synageva BioPharma, which has no approved products on the market. ‘Yes, they are taking on risk by acquiring at this stage,’ says Vitez, ‘but they will pay a lower price for it, they will have the opportunity to design the Phase III studies and may be able to afford larger and more [comprehensive trials] that can increase the probability of success – all while keeping a key asset out of the hands of their competitors, just by having the courage to act early’.

Try before you buy

Meanwhile, there is also an increase in the amount of out-licensing activities, in which big companies look to share the risk of drug development with other firms. This can lead to a build-to-buy model, notes Vitez. One example of this is the recent deal between London-based Mereo BioPharma and Novartis, where Mereo has acquired three of Novartis’ drugs in order to launch clinical trials and, in return, Novartis takes an equity stake in Mereo. According to the biopharma start-up, many large pharma companies do not have the budget to fund clinical trials in all their programmes, so a deal like this with Novartis offers a solution to the problem.

With all this activity, small companies and start-ups – especially those in the biotech space – are sitting pretty as they wait for suitors that are on the lookout for targets with potential breakthrough innovations, says Stirling. One such biotech is UK-based Glythera, which develops antibody-drug conjugates. David Simpson, chief executive of Glythera, says the biotech has seen an increase in interest from potential partners. ‘This has enabled us to collaborate with a range of pharma and larger biotech companies as they look to “try before they buy”, which strengthens our position within the sector as they are seen as validating our technology.’

As the M&A frenzy continues, small companies will be critical to the ecosystem, adds Jan-Anders Karlsson, chief executive of biotech Verona Pharma. ‘With so many deals, much of the low-hanging fruit (the mid-sized biotech companies) is gone, which gives room for the next crop of companies to move forward that are high-risk but with potentially transformative technologies,’ he says.

All in all, it’s a good sign for science and innovation in the sector. Vitez believes the current spate of M&A will lead to more investment in start-ups, which will feed through to R&D and innovation. This, adds O’Keeffe, will fuel further support and confidence in earlier-stage programmes. But it also means big pharma is likely to perform less R&D in-house, instead preferring to buy in products, says Stirling. Not that that is necessarily a bad thing: as Simpson notes, smaller companies now tend to focus on innovation as the solution to big pharma’s problems rather than being just an alternative intellectual property platform.

The dynamism of the M&A space is set to continue for the rest of 2015, the analysts Chemistry World spoke to believe. Simpson, for one, anticipates more collaborations and partnerships between larger players and start-ups or biotechs, which will lead to further acquisitions. For now, it’s very much a process of eat or be eaten.