Neonicotinoids present in many US streams

The US Geological Survey (USGS) is using its recent discovery of neonicotinoid insecticides in more than half of the urban and agricultural streams sampled across the US and Puerto Rico to push for new research into how these controversial pesticides affect marine organisms and those animals that feed on them. Neonicotinoids have been implicated in the decline in honey bees and other pollinators. 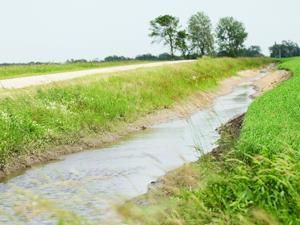 Levels in streams were low but persistent, with increases following agricultural patterns

The USGS research found  at least one of a set of six neonicotinoids in 53% of the samples. Concentrations were generally low, but variations correlated well with agricultural patterns. No concentrations exceeded the US Environmental Protection Agency’s (EPA) safety criteria for aquatic life, and all detected neonicotinoids are classified as unlikely carcinogens in humans.

During the study of 38 streams, conducted from 2011 to 2014, imidacloprid was detected in 37%, followed by clothianidin in 24%, thiamethoxam in 21%, dinotefuran in 13%, acetamiprid in 3%; thiacloprid was not found in any samples.

‘The occurrence of low levels in streams throughout the year supports the need for future research on the potential impacts of neonicotinoids on aquatic life and terrestrial animals that rely on aquatic life,’ said team leader Kathryn Kuivila, ‘and provides a baseline for that work.’

The White House released a strategy promoting honey bee health in May, which aimed to revisit neonicotinoid insecticide use. Mike Focazio, who coordinates the USGS toxic substances hydrology program, said the new research will support the goals of the administration’s strategy, by helping to understand whether these water-borne pesticides, particularly at low levels, threaten pollinators.

However, Swiss agrochemical giant Syngenta – which manufactures thiamethoxam – remains skeptical, noting that detection is different from risk. ‘The thiamethoxam levels detected in US surface waters were infinitesimal and well below EPA’s maximum allowable concentration that is considered safe for plants and aquatic life,’ the company stated.

Further, Syngenta said the EPA includes ‘a huge safety margin’ in its established drinking water thresholds for humans and bees. The company said neonicotinoids are ‘rigorously tested’ for efficacy as well as human and bee safety before going to market, noting that over 1200 studies have been conducted on thiamethoxam.