US targets neonicotinoid use in pollinator plan 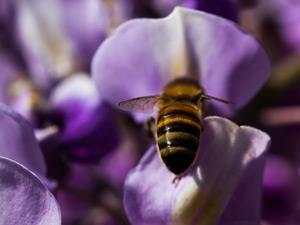 The White House has unveiled a strategy to promote the health of honey bees and other pollinators that aims to revisit neonicotinoid insecticide use. The plan emphasises pollinators’ importance to the nation’s economy, food security and environment, and proposes spending $82 million (£53 million) on research to address pollinator health – a $34 million increase on the previous fiscal year.

In the US, honeybee pollination alone adds more than $15 billion in value to agricultural crops each year, but in 2014 beekeepers in the US reported losing about 40% of their colonies. Elsewhere, other pollinators appear to be in trouble – the number of overwintering Monarch butterflies in Mexico’s forests has declined by more than 90% over the past two decades.

The US government’s new plan aims to reduce honeybee colony losses during winter to no more than 15% within 10 years, increase monarch butterfly numbers to protect the annual migration and restore or enhance 2.8 million hectares of land for pollinators over the next five years.

The strategy also suggests revisiting the effects of neonicotinoid pesticides, and aims to create ‘physical and temporal space’ between the use of pesticides and those areas and times when pollinators are present.

The Environmental Protection Agency (EPA) is already reviewing lab- and field-based studies on the effects of neonicotinoids on bees and other pollinators, and has advised that they will be unable to approve most applications for new uses of pesticides such as imidacloprid, clothianidin, thiamethoxam and dinotefuran until new pollinator risk assessments are complete. The necessary data are due to be submitted to EPA over the next few years.

Environmental groups like the Natural Resources Defense Council praised Obama for elevating the urgency of pollinator health, and suggested that the strategy is a good first step. But they also said the use of such pesticides must be drastically reduced to truly benefit bees and other pollinators.

Jay Vroom, CLA’s president and chief executive, warned that the White House’s strategy may accelerate the EPA’s timetable for further scientific evaluation of bee impacts by certain insecticides. ‘We are sceptical of how sound science can be “sped up” for this evaluation and look forward to a reasoned dialogue with EPA on that point,’ he said.