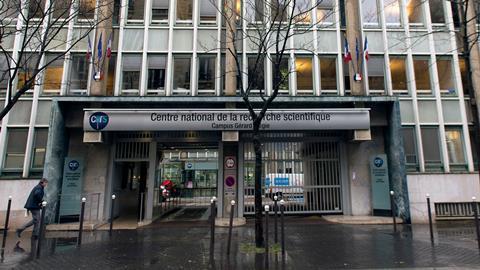 ‘The quality of French research is threatened,’ declared the National Committee for Scientific Research (CoNRS) at an emergency meeting on 4 July. In February, the French prime minister Édouard Philippe announced that a multi-year research law was in the works and expected to come in on 1 January 2021. What exactly that law will entail is still unknown. As a result, CoNRS and scientific unions have signalled their nervousness about the forthcoming law and have been outlining their own suggestions of what should be included. To what extent French ministers will listen as they draft their proposal remains to be seen.

‘We do hope that our proposals will be heard and taken into account in the law,’ said one of the chairs of the special CoNRS session, Olivier Coutard. ‘I absolutely cannot estimate a probability of [the government] listening, let alone implementation.’

CoNRS is in charge of the evaluation of CNRS researchers, of which 1534 are affiliated with the organisation’s Institute of Chemistry. There are also another 1100 chemical engineers at CNRS who are part of the technical staff.

For French chemists at the meeting funding has swung too far towards individual research grants and there is now a need to invest in labs and basic research, in addition to providing multi-year funding commitments. ‘Chemistry has strong relations with industries and thus applications, but it is important to recognise the importance of basic research especially for public funding,’ said Philippe Hapiot of the Institute of Chemical Sciences at Rennes and CNRS director of research. The new law shouldn’t focus on new applications or creating new compounds, he told Chemistry World at the meeting.

‘Basic research is not supported enough,’ stressed Véronique Schmitt, a CNRS researcher and physical chemist at the Paul Pascal Research Centre. Most of the CNRS budget comes from government funding and the CoNRS suggested tripling basic funding for research activities to €1.5 billion (£1.3 billion) per year and increasing funding overall by €6 billion. ‘The special session expressed the wish that French research be financed at the same level as the existing financing in equivalent countries: more than 1% of GDP for public research, more than 3% of GDP devoted to research [overall],’ explained Boris Gralak, deputy general secretary of the National Union of Scientific Researchers, the main French union for researchers.

‘Research and development efforts have been stagnating at 2.2% of GDP in France since 2000,’ Gralak said. In comparison, ‘this effort reached 2.74% in the United States, 2.94% in Germany, 3.14% in Japan and more than 4% in Korea’. Gralak explained that the CNRS has also lost more than 1500 incumbent positions since 2005. ‘This acceleration of job losses is very serious,’ he said. ‘Not only because it endangers the CNRS, but also because, more generally, it is proof that research efforts continue to decrease in France, while France has severely fallen behind in research compared to its main partners.’ Both the unions and CNRS request that the new law ensures funding for at least 7500 new research jobs. With that, ‘real progress can be expected at the height of social, cultural, technological, environmental and scientific issues’, Gralak added.