Researchers in China and Hungary have discovered a new marine natural product with an unprecedented carbon skeleton and unusual structural features. The compound, which they’ve named benthol A, was isolated from unicellular algae known as dinoflagellates from the South China Sea.

Marine organic compounds with long polyol carbon chains and many stereocentres are known as super-carbon-chain compounds, and they include two major families: polyol–polyene compounds and ladder-frame polyethers. Due to their complexity, it is very difficult to determine their absolute configurations.

Using an extensive range of analytical techniques, benthol A was found to have a C72 backbone with eight scattered ether rings. The researchers identified its planar structure and the absolute configuration of 35 carbon stereocentres. 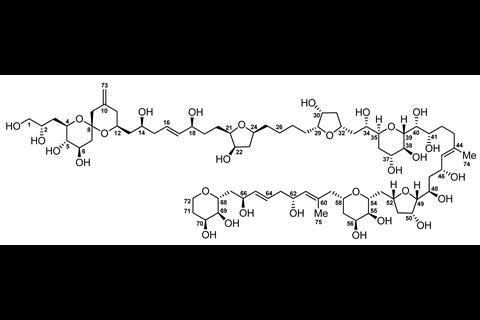 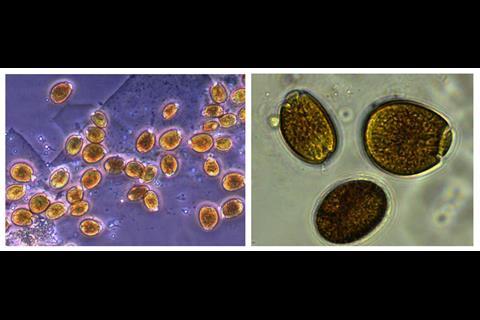 Starting with high resolution ESI-MS, the researchers first established the molecular formula of the compound, followed by the carbon environments and carbon–carbon bond connections through various NMR techniques and 13C enrichment. Once the connectivity of the structure was established, the researchers turned to identifying the stereochemistry of the whole molecule through chemical degradation. The next step was to establish the relative configurations and finally the absolute configuration through stereospecific measurements and theoretical calculations.