No one should be denied medication

Aids treatment in Africa took a new direction in 2001, when Indian generics manufacturer Cipla offered an anti-retroviral therapy for less than $1 a day. In the west, the stavudine, lamivudine and nevirapine combination cost between $10,000 and $15,000 (around £6700–10,000 at 2001 exchange rates) per patient, per year. Agreements between developing countries and multinational pharmaceutical companies set treatment costs around $1,000 per year – still beyond the budget of most Africans, with only 2–4000 receiving treatment and 8000 HIV-related deaths a day. Today over 13 million Africans are on HIV medication. 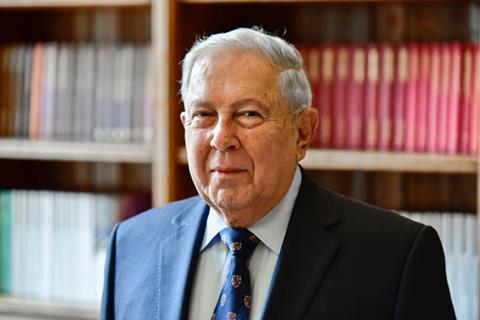 Hamied’s generic drug business, Cipla, is driven by his desire to provide affordable drugs to patients in developing nations

‘My whole fight today, for the third world, is for access to medicine at affordable prices,’ attests Cipla chairman Yusuf Hamied.

Hamied describes India today as the pharmacy capital of the world, supplying 30–40% of all generic medicines that go to the US. Recent reports have highlighted issues with the quality of those products. Cipla has a maintained a strong reputation, but serious safety concerns have been raised by the US Food and Drug Administration and the European Medicines Agency about other Indian generics companies, including Ranbaxy.

Hamied attributes about half of these quality problems surrounding generics manufacturing to communication failures: ‘I don’t think it has a lot to do with quality standards themselves,’ he says. ‘It has to do with the standards being changed among the regulated markets, and the unregulated markets – like India – not being informed about those changes. They’re changing the goalposts without telling us in advance.’ He’s not saying no one is guiltless, but is adamant that firms are not deliberately in it for fraud. ‘Multinationals like to raise those issues. They’re PR exercises where they belittle companies that are doing good.’

Indian companies also don’t get an easy ride on home turf, Hamied points out. ‘Acceptability is not there. We get stepmotherly treatment from the Indian government – they don’t put their confidence in us. Personally, I get more respect outside of India than I do in India. If Cipla shuts down, who cares? It’s a drop in the ocean.’ He calls for the Indian government to change its mindset towards indigenous industry.

And it’s not just government where he hopes attitudes will change. Because India was colonised for 300 years, he says Indians still have the colonial attitude of ‘foreign is better’ and that acceptability and credibility is missing locally as well as internationally. ‘Anything invented in India is not accepted by the western world,’ he adds.

To combat this, Hamied explains that Indian companies are collaborating more with firms from abroad, ‘so you get that acceptability and credibility that goes a long way. I think the stigma will disappear after another 20 years or so.’

India also appears to suffer from a stigma surrounding its ability to develop successful new drug molecules. Both AstraZeneca (AZ) and Piramal Enterprises closed drug discovery units there in 2014. But Hamied doesn’t see this as an India-centric problem. ‘Pfizer pulled out of the UK. 2500 people lost their jobs. It can happen anywhere.’

‘I want to convince governments around the world to have pragmatic compulsory licences [allowing domestic companies to make generic copies of patented lifesaving drugs] – it’s the only way for people in developing nations to access medicines at affordable prices.’ Hamied argues that laws in the developed world should not be the same as those in developing countries.

‘I don’t mind paying a royalty. But I do not like to have to go with a begging bowl to companies,’ says Hamied. Cipla is one of 10 companies in India licenced by Gilead to make hepatitis C drug Sovaldi (sofosbuvir). Gilead approached India voluntarily, but the dialogue is rarely that way around.

Hamied tells Chemistry World that in the past month he’s approached a company with a drug for tuberculosis, which is prevalent in India. ‘They’ve said no. There’s nothing I can do about it, it’s covered under patent.’ The ideal situation in Hamied’s eyes would be an automatic licencing system. He wants the Indian government to declare an essential list of drugs, updated every six months, which can be copied as long as a royalty is paid to the patent owner. ‘It should be up to the government of India to fix that royalty percentage, depending on the value of the drug,’ he adds.

He’s particularly aggrieved because a similar system used to be law in Canada, called Bill S91. ‘What it said in a nutshell was the Canadians could copy any drug they wanted and pay a 4% royalty to the inventor. It was law.’ The law was revoked in 1992 – a condition for Canada joining the North American free trade agreement (NAFTA).

Hamied disputes claims that compulsory licences pose a threat to innovation within the pharmaceutical industry. ‘I don’t think science will be adversely affected, because human beings have inquisitive minds. Not everybody is there only for the profit.’ Hamied goes on to question exactly how much of pharma profits are channelled back into R&D, suggesting that marketing, legal fees and patent extension adsorbs a significant proportion of that cash.

For Hamied, the practice of evergreening, where perpetuated patents and incremental innovation sustain a company’s exclusivity within a market, is more worthy of discussion. ‘Evergreening is accepted in the developed world, but it’s very hard for us in the third world to accept,’ he says. ‘No one should be denied medication. That goes hand in hand with working in the healthcare sector – you have an obligation to humanity.’