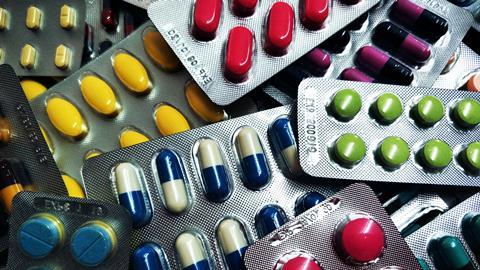 A new, not-for-profit generic drug company has been launched to address the problem of critical drug shortages and skyrocketing prices for pharmaceuticals in the US. The effort is being led by Intermountain Healthcare, a non-profit health system based in Salt Lake City, Utah, together with two other US healthcare systems and in consultation with the US Department of Veterans Affairs. Intermountain hopes to help finance the venture through donations and philanthropic activity.

The forthcoming company, which is expected to be organised this year and operational in 2019, aims to make generic versions of critical drugs that are in short supply and are prohibitively expensive in the US. Its goal is to become a US Food and Drug Administration (FDA)-approved manufacturer, and the company will either directly manufacture generic drugs or contract out the manufacturing to an external party.

We are removing profiteering from the equation and putting patients first

‘We will be very selective in the drugs we pick – ones where there is a shortage and characterised by aggressive pricing in those shortage situations,’ says Dan Liljenquist, vice president of Intermountain’s enterprise initiative office. ‘We are looking at sterile injectables, tablets, patches and different delivery mechanisms, and looking to address essential generic medications,’ he adds. However, Liljenquist won’t divulge which specific medications will be the first targets of the new company.

‘For some of these drugs, the price swings have been so incredibly high that we know that the production costs aren’t even close to the prices being charged in the marketplace,’ he adds. ‘As a non-profit, we won’t have pressures for return on equity or capital that others have – our mission will be to make sure that essential generic drugs are available and affordable to everyone,’ Liljenquist states.

Bob Ripley, vice president and chief pharmacy officer at Michigan-based Trinity Health – one of Intermountain’s collaborators on the project – agrees. ‘Generic medicines produced by our company will be lower because we are removing profiteering from the equation and putting patients first,’ he states. ‘It is going to be far more efficient than the market conditions we’ve become accustomed to.’

There are many examples of companies massively overcharging for drugs in the US. For instance, the average price of Janssen’s bloodthinner Xarelto in America is more than double what it is in the UK, and nearly three times its cost in Switzerland. 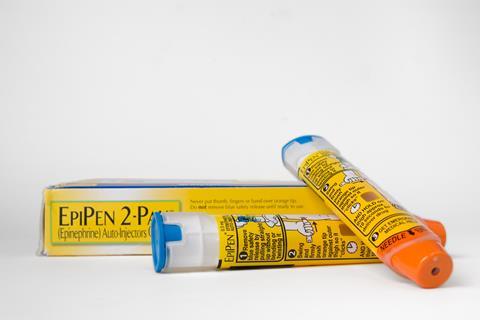 US taxpayers may have overpaid for Epipen by as much as $1.3 billion over 10 years

Other examples include Valeant jacking up the prices for its heart drugs Isuprel and Nitropress by 525% and 212%, respectively, in the US immediately after buying the drugs from Marathon Pharmaceuticals in February 2015. But perhaps the most notorious case of prescription price gauging is US generic drug manufacturer Mylan hiking up the pricetag of its anaphylaxis autoinjector EpiPen by more than 400%.

Ripley says the US is facing an historic drug supply shortage and extraordinary drug cost escalation, and therefore he argues that it is more important than ever to create a company that prioritises getting patients the drugs they need quickly and affordably.

Kevin Outterson, who directs the health law programme at Boston University, also supports the creation of any company that will add more generic products to the market, especially one with a public interest mission.

‘The data is very clear that the more generic companies you have producing a particular product, the more competitive the pricing is – it is not rocket science,’ he says.

Nevertheless, Outterson has some reservations. ‘Becoming a generic drug manufacturer is not an easy thing, Intermountain may be surprised how difficult it is,’ he says. ‘They are likely to need a partner that already produces drugs and already has a facility approved by the FDA.’

Hospitals sometimes do drug compounding for their own patients, similarly to compounding pharmacies, but Outterson says that it is ‘a world of difference’ to become an actual drug manufacturer. ‘It is not the sort of thing that every hospital can do,’ he says. ‘People tend to underestimate how much work the drug companies do just to run a plant correctly and to produce drugs that are high quality and consistent.’

In fact, one of the largest drug related human health disasters in the US in the last few decades involved an outbreak of fungal meningitis and other infections at the New England Compounding Center in Massachusetts in 2012. More than 70 people died and over 700 were sickened. Subsequent investigations revealed that the company had subpar lab conditions and illegally operated as a drug manufacturer, shipping contaminated product all over the country.