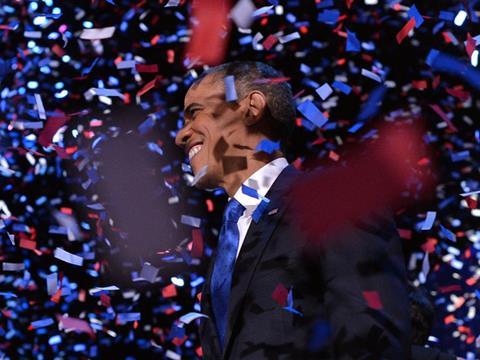 The US chemical industry is apprehensive about President Obama’s re-election, according to representatives of the industry. In particular, groups such as the Society of Chemical Manufacturers and Affiliates (SOCMA) and the National Association of Chemical Distributors (NACD) are worried that the president’s second term will feature more forceful environmental regulation.

Obama will be empowered by not having to seek re-election and the Environmental Protection Agency (EPA) will be ‘much more confident and aggressive’ in its approach to new regulations and interpretation of existing law, says SOCMA’s vice president for government relations, Bill Allmond. For example, he suggests that the EPA might interpret more freely its authority under current laws such as the Toxic Substances Control Act (TSCA).

The American Chemistry Council (ACC), an industry trade association, is also uneasy. ‘We of course remain concerned about overaggressive and unbalanced regulatory efforts that could stifle US innovation and growth in the chemical sector, whether those be chemical regulations, environmental regulations, such as pending air and ozone rules, or federal regulatory encroachment into hydraulic fracturing practices,’ says ACC spokesperson Anne Kolton.

In particular, there is a worry that the EPA will try to sidestep a divided Congress by using the White House Office of Management and Budget to require that chemical companies and others provide greater public disclosure.

Allmond warns that this could be dangerous, pointing to one of SOCMA’s member companies that produces chemicals used in the US nuclear industry. He says that a company’s ability to stay in business is contingent on its ability to use so-called ‘confidential business information’ (CBI) protections under TSCA. If that company had to release information about the chemicals underlying its products, its existence would be jeopardised and so would the security of US nuclear technology.

The EPA that never was

Chemical industry groups say that an EPA overseen by Rublican candidate Mitt Romney would have been more judicious and pro-business when it came to regulations affecting the chemical industry. The candidate had vowed to pursue ‘measured reforms’ of US environmental laws to ensure that neither were jobs ‘destroyed’ nor industries ‘paralysed’.

Obama’s victory protects key climate policies from repeal, particularly the regulation of carbon dioxide by the EPA, according to an analysis by HSBC Holdings in London. In a 7 November research report, HSBC analyst Nick Robins suggests that the president might raise revenues from a carbon tax in his second term as part of a wider effort to cut the nation’s deficit. Robins cites Congressional Research Service estimates indicating that such a carbon tax could halve the $1.1 trillion (£693 billion) US deficit by 2022.

Differences aside, Allmond for one says Obama’s re-election doesn’t represent ‘a total loss’. He notes that the president has helped industry by signing three free trade agreements that will reduce millions of dollars in fees for chemical manufacturers who export to Columbia, Panama and South Korea.

Meanwhile, the American Chemical Society (ACS) is celebrating Obama’s reelection. ‘The president has really been very consistent, even since his original campaign back in 2008, that investment in R&D and STEM (science, technology, engineering and mathematics) education are critical to creating jobs and ensuring America’s economic competiveness,’ according to ACS spokesperson, Glenn Ruskin. ‘His commitment is still very much evident,’ he adds, noting that Obama remains committed to keeping the budgets of key physical science agencies on a doubling trajectory.

Sam Rankin, chairman of the Coalition for National Science Funding, agrees that Obama has been steadfast is his support for research and the STEM disciplines. ‘Obama is a leader in that area,’ he says. ‘He will continue to do that, but he’ll have to operate within significant budget constraints,’ Rankin adds.