Out of the frying pan and into the atmosphere 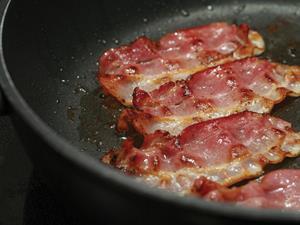 Researchers have come closer to understanding why fatty acids, emitted in significant quantities by fast food outlets cooking meat, persist for so long in the atmosphere.

Christian Pfrang at the University of Reading, UK, and colleagues, studied the ozone oxidation kinetics of methyl oleate monolayers at the air–water interface using experiments designed to mimic the atmospheric degradation of aerosols formed from fatty acid surfactants and moisture droplets. The experiments were carried out by skimming a fine beam of neutrons off a free air–water interface while the oxidation reaction took place. They found that the methyl ester monolayers broke down much faster than expected based on reported lifetimes in the atmosphere, suggesting that the long-chain organics are taken up into the droplet itself, where they are protected from further ozonolysis.

The presence of particulate matter in the atmosphere is a major health concern and may ultimately have significant climate change implications. Reports suggest that around a third of directly emitted aerosols above central London come from cooking, the majority of which are rich in oleic acid derivatives produced by cooking meat. These types of emissions are on the rise as vehicles move towards biofuels, another source of fatty acid methyl esters. 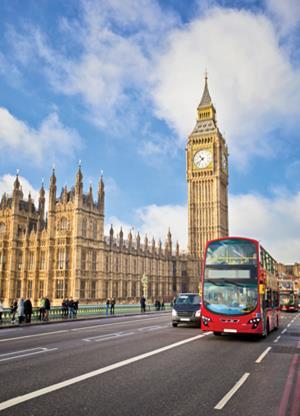 Aerosol research is vital as the properties of the monolayers that surround aerosols can influence their size and how far they travel, and play an important role in cloud formation, and ultimately, the water cycle. Essentially, much more information is needed, Pfrang tells Chemistry World.

Markus Ammann, an aerosol chemistry expert at the Paul Scherrer Institute in Switzerland, believes the air–water interface is a more realistic model for studying surface chemistry. ‘Traditionally, most heterogeneous kinetics investigations monitor the loss of the gas phase species into a multiphase system, and this is used to infer what happens at the surface. There has been a real need to probe the interface directly … this method could be used to study other systems where debate exists over whether degradation occurs at the surface or in the bulk’.

Ozone is just one of a complicated mixture of oxidants that can determine how long aerosols remain in the atmosphere. Others, such as nitrate radicals, are around 1000-fold more reactive. The team hope to study such rapid kinetics using high resolution neutron reflectometry at the Institut Laue-Langevin, France, to yield more information on the behaviour of these important particulates.