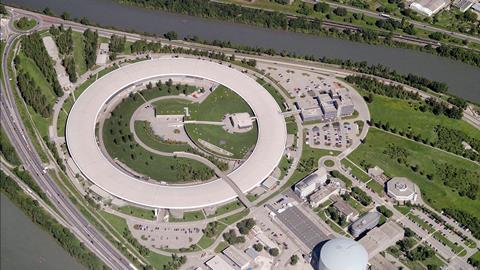 The French, German and British governments have reached agreement on another decade of support for the neutron research facilities known as the Institut Laue-Langevin (ILL). The announcement means that researchers based in the UK and throughout the world will be able to use the ILL’s neutron scattering source to pursue ground-breaking science in areas like new cancer treatments, enhanced climate change modelling and understanding what the universe was like shortly after the Big Bang.

Located in Grenoble, France and more than 50 years old, the ILL uses neutrons to analyse the structure of a broad range of materials. It provides scientists with the most intense neutron source in the world, with a 58MW research reactor that is designed to deliver high brightness, channelling a high flux of neutrons to a suite of 40 high-performance instruments.

The ILL has been continuously upgraded since 2000, and its users have generated up to 600 scientific publications annually across the globe, about 80 of which are in high-impact journals. Every year, approximately 1400 scientists representing dozens of nations visit the ILL to pursue work in fields like chemistry, condensed matter physics, biology, nuclear physics and materials science.

‘By extending our support to this scientific centre of excellence for another decade, we’re enabling researchers in the UK and beyond to conduct bold experiments which could help solve major global challenges such as climate change and infectious disease,’ said then UK science minister Amanda Solloway.

Theo Rycroft, deputy head of mission at the British Embassy in France, said the global Covid-19 pandemic has highlighted the importance of international collaboration in helping find solutions to critical global challenges. ‘The UK is a world leader in many areas of neutron science and our continued access to ILL’s cutting-edge scientific facilities will maintain the UK’s position,’ he stated.